The London County Council was established in 1855, and in 1911 construction began on on the central bay of Ralph Knott’s massive new neo-Baroque County Hall, rising slowly up on the Lambeth Embankment of the Thames across Westminster Bridge from Parliament Square. It was opened by King George V in 1922 and the north and south wings were added in 1936 and 1939. 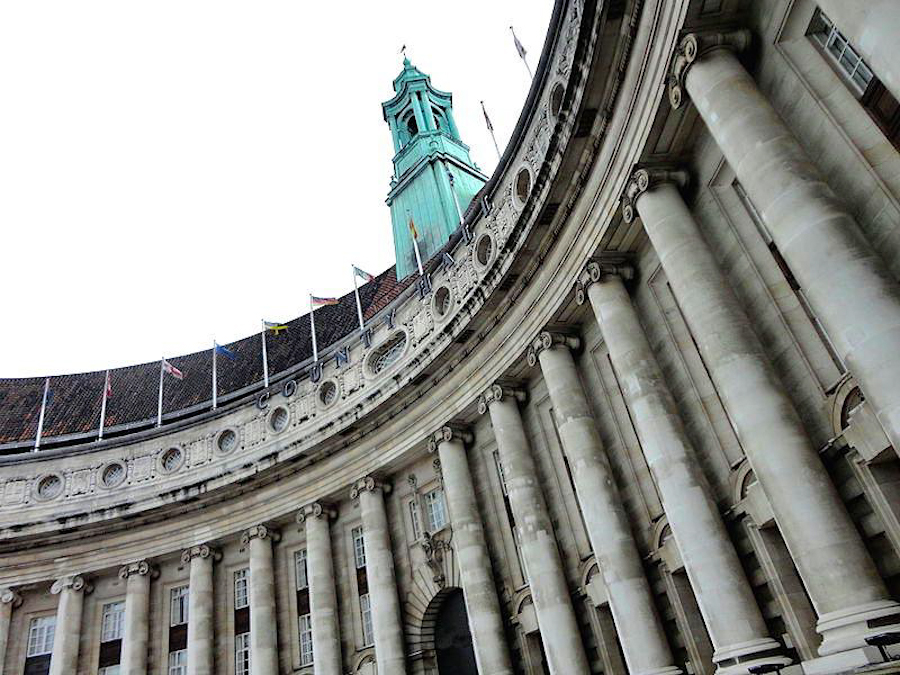 During my student days in in the middle ‘50s I spent a couple of summer internships with the LCC Architect’s Department at County Hall -- the Mecca of British architecture in those days -- and I still vividly recall how earnest to the task that solemn pile could make one feel, even up in the dormer-lit mansard roof the south wing.

The building was the seat of London’s government for 64 years until Prime Minister Margaret Thatcher, intolerant of its leftist leanings, abolished the Greater London Council in 1986 and brought its role to an end. It is now a half-derelict place of lodging and popular entertainment (Marriott’s five star ‘County Hall Hotel’; the Park Plaza, Westminster Bridge; Namco Funscape amusement arcade; London Sea Life Aquarium; The London Dungeon; The London Eye; Azam Retrospective; and London's Death Trap). London itself, meanwhile, has become a little less liveable every day.

The new City Hall was built downstream in Southwark in 2002, in close proximity to such iconic national landmarks as the Tower of London and Tower Bridge. 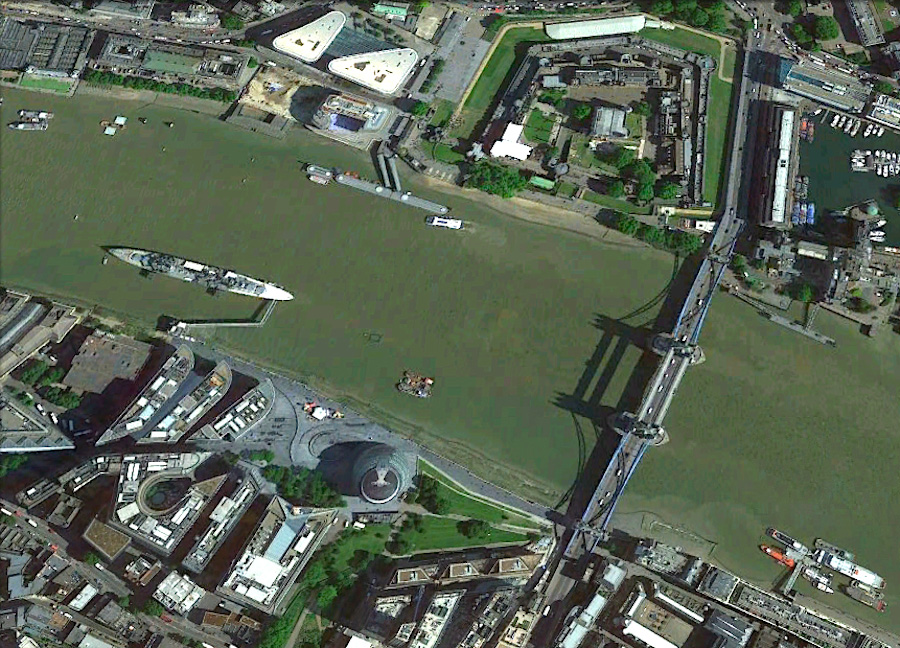 This was a location from which to see and be seen, an opportunity to heighten the experience and ennoble the place with framed views and judiciously placed openings in walls that would accommodate spaces of purpose and value. There was a time when we all knew how to do this. 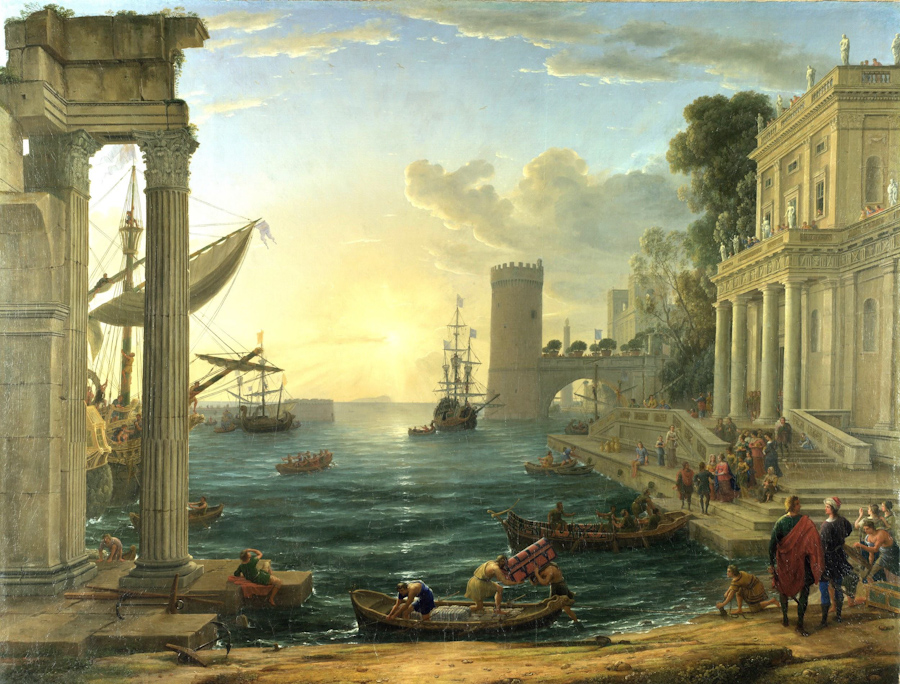 Claude Lorrain, framing the setting sun with his Embarkation of the Queen of Sheba, 1648. 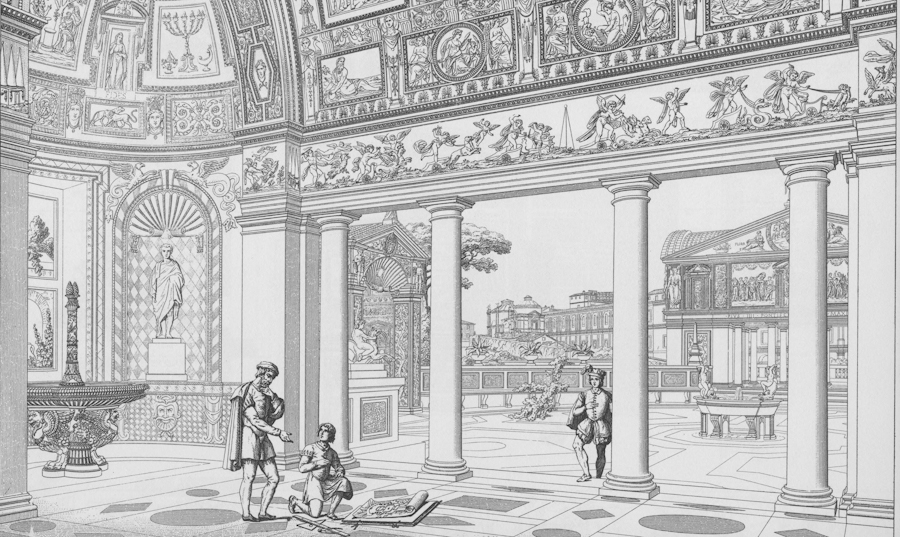 Paul Letarouilly, View of the vestibule of the Villa Pia, Rome, its buildings and museum 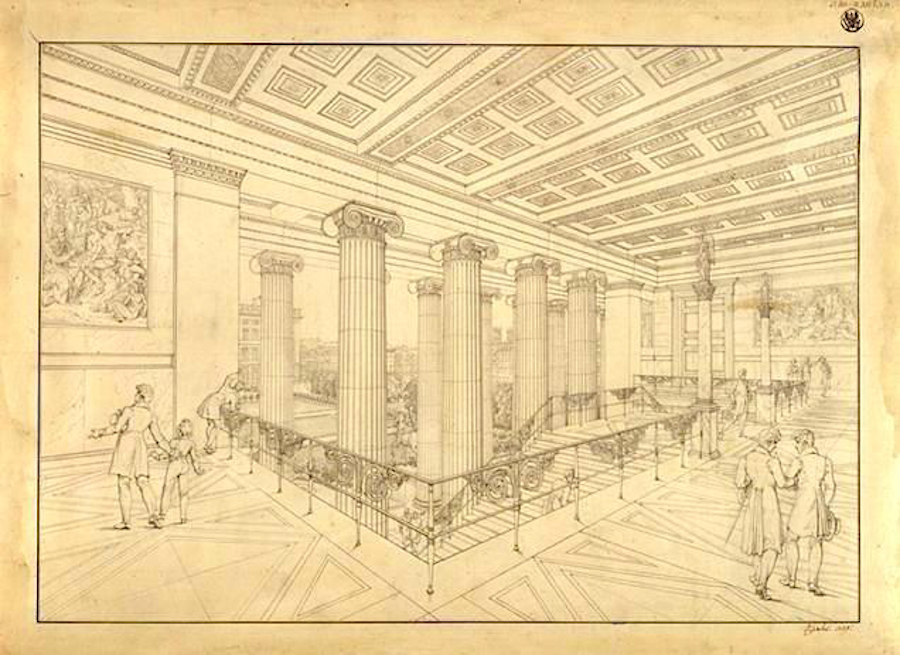 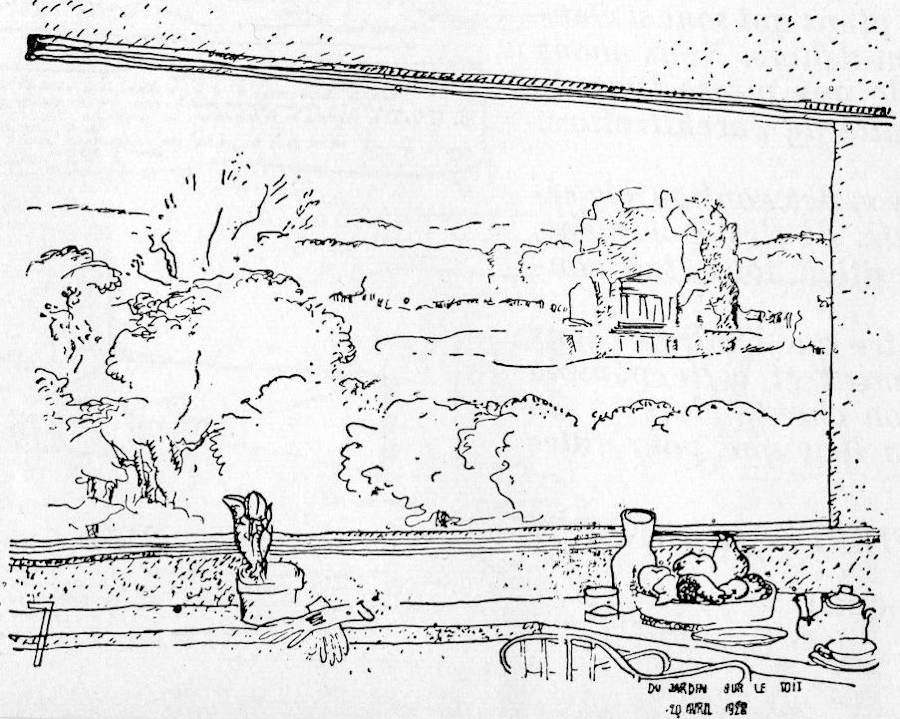 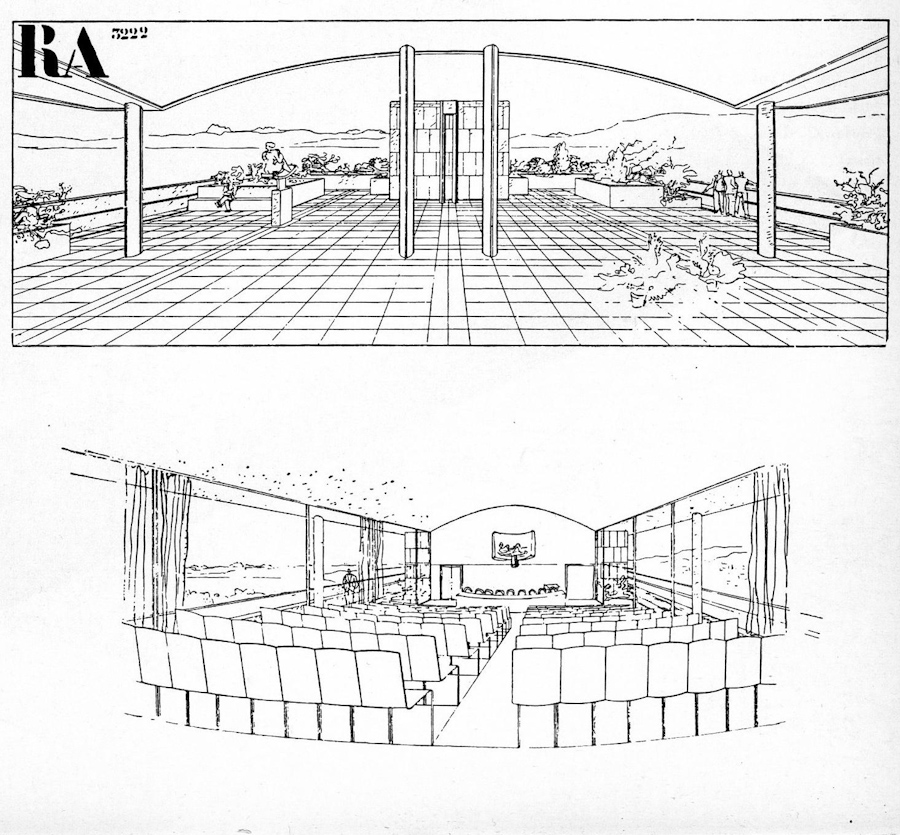 Finding his building abhorrent and suspecting its design to be bolstered by techno-babble I looked at its coverage in Wikipedia. What I learned is that the building does not belong to the Greater London Authority but is leased under a 25-year rental agreement with More London Development Ltd., the company responsible for the entire 13 acre commercial development that surrounds it, all the work of Norman Foster: simple, uninflected rectilinear and curvilinear glass-clad boxes, standing perfectly straight to afford City Hall its singular distinction, that of droopiness.

Reducing the city hall function to the same trite formula of ‘transparency’ that had informed his Reichstag project -- where the public is given access to a large glass dome commanding both the entire surrounding Berlin cityscape and the Bundestag debating chamber down below -- and entirely oblivious to its context, Foster and his designers reportedly saw the building as a giant sphere suspended over the Thames but, lacking the wit or courage to unpack.

Ivan Leonidov’s 1927 idea for the Lenin Institute in Moscow -- which would have offered the possibility of a comradely nod to Tower Bridge at least -- settled on a conventionally supported building instead. 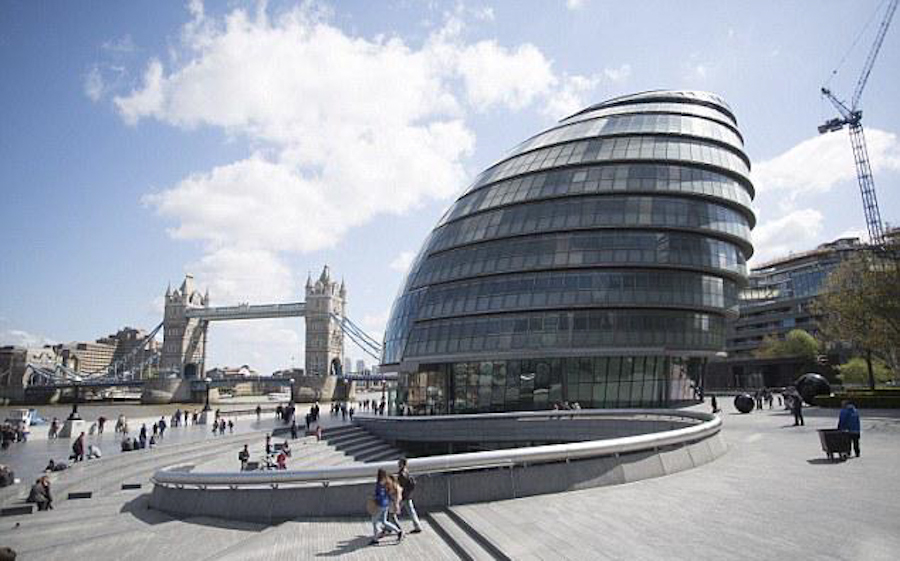 So it’s a slumped sphere, drooping out of a jelly mold. One might think that confronted by the prospect of such an offensive thing the architect would have grasped at a simple cylinder, but even a 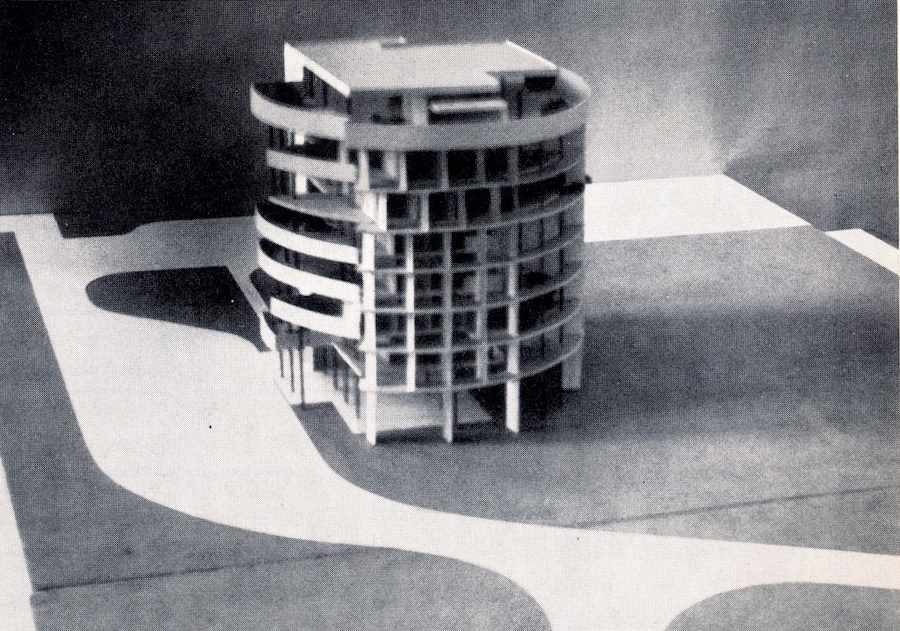 squat cylinder of roughly the same proportions, such as Le Corbusier proposed for the chancery of the French Embassy in Brasilia in 1964, would have denied the building the theme park properties which, one must assume, have been deemed by those with say in the matter to be the necessary and appropriate iconographic apparatus for London’s present form of government. Thus its ugliness gives rise to competing metaphors, a cynical game in which the chief representatives of the institution for which it stands are themselves major players: the onion, the woodlouse, the motorcycle helmet, Darth Vader’s helmet, the glass testicle (offered by former mayor, Ken Livingstone), and the glass gonad (a more pithy suggestion from the present mayor, Boris Johnson). 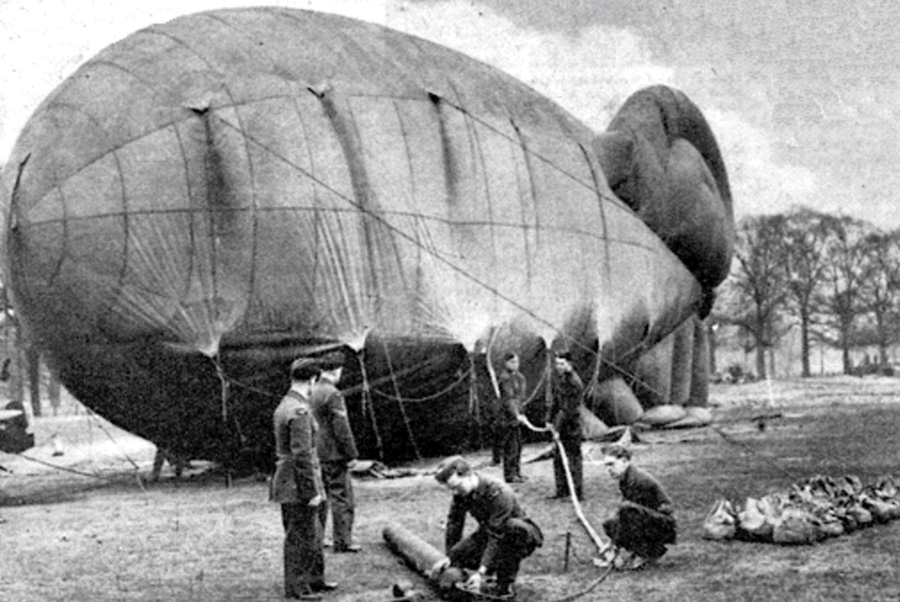 I, myself, find its droopiness reminiscent of the barrage balloons of the Second World War, which became wrinkled and saggy when underinflated, but ’the downed barrage balloon’ is scarcely a match for Johnson’s ‘glass gonad’.

Then there is the techno-babble seeking to retrieve the thing some semblance of credibility. The building’s ludicrous shape is purported to reduce its surface area and thus improve its energy efficiency, but the energy consumption necessitated by its exclusive use of a double skin glass envelope entirely negates any benefit of bulbousness. Despite the claim that it ‘demonstrates the potential for a sustainable, virtually non-polluting public building’, energy use measurements show it to be relatively inefficient: (375 kWh/m2/yr), with a 2012 Energy Performance Rating of ‘D’.

Inside the building a helical stepped ramp of more than 1,600 feet, representing a journey of close to a third of a mile and turning Wright’s tedious Guggenheim Museum spinning top into a techno nightmare, 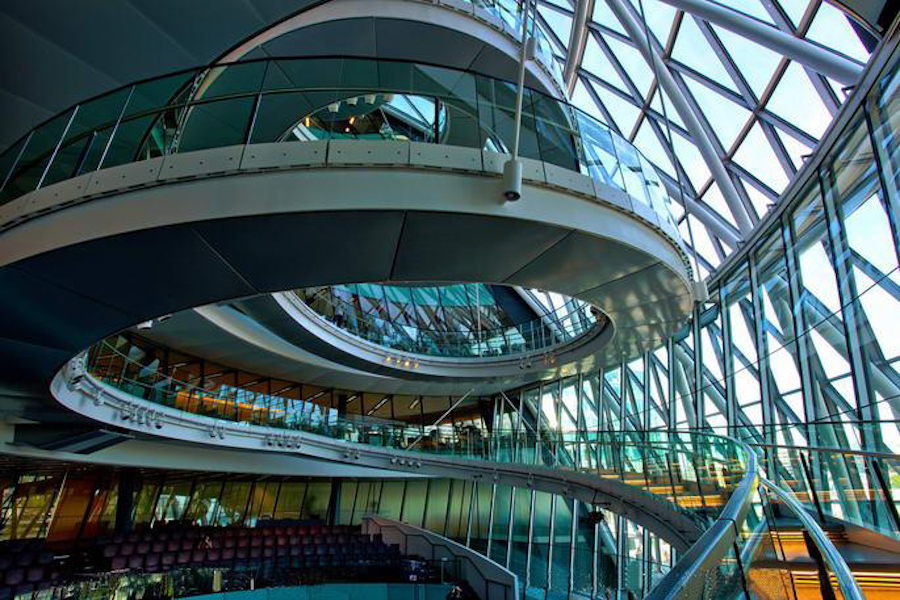 ascends to the full ten storey height of the building, providing continuous views to the exterior and the interior in the name of ‘transparency’. If there were a Piranesi among us today this place would offer him a model for a new series of ‘Prison” engravings. 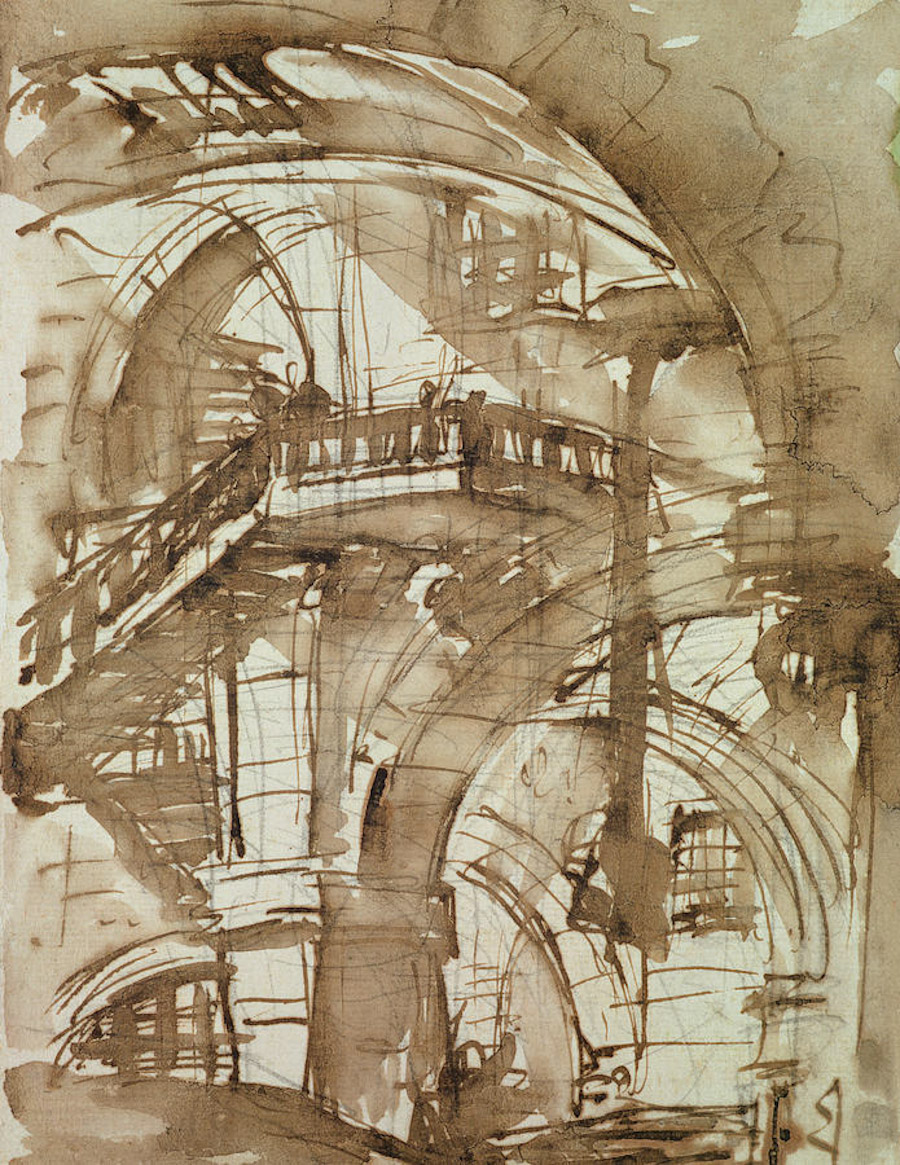 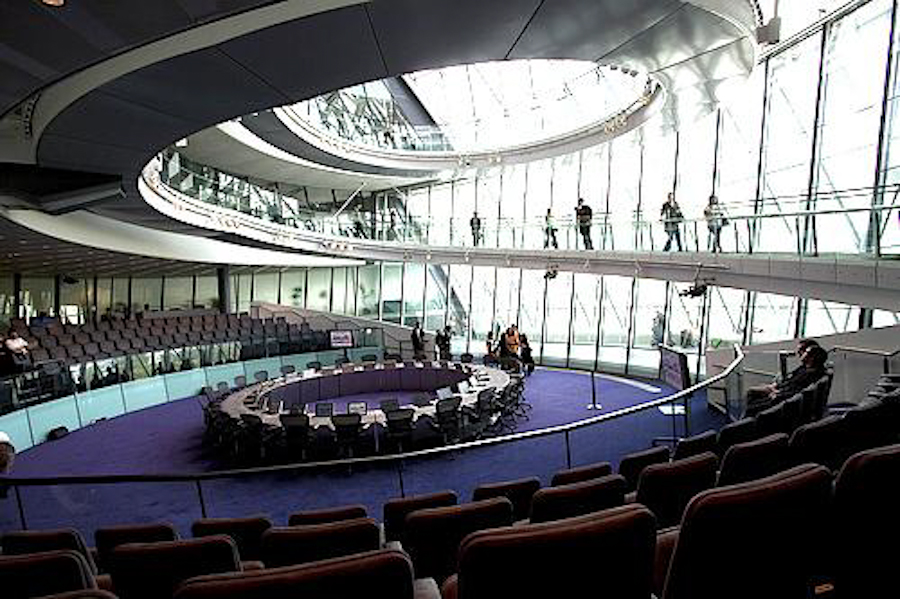 At the base the Council meets as though in a fishbowl while at the top there is an exhibition and meeting space with the pretentious claim to be ‘London's Living Room’. Such ridiculous overreaching may have been made in ignorance of the remark attributed to Napoleon, which establishes a certain scale, namely,

that the Piazza San Marco in Venice is ‘the drawing room of Europe’, but how could it have overlooked the existence of Trafalgar Square? 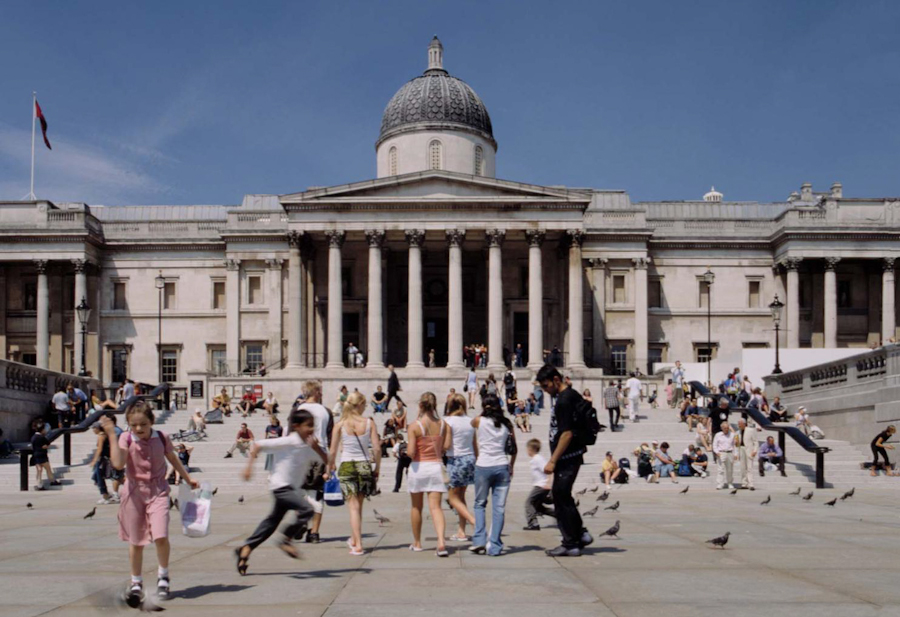 City Hall’s ‘Living Room’ has an outdoor deck that is occasionally open to the public.