The other comparable close neighbor to Lexington, a graceless late nineteenth century pile with no outdoor space but so many points of entry all around its city block perimeter that it must have become a serious liability in this age of security. 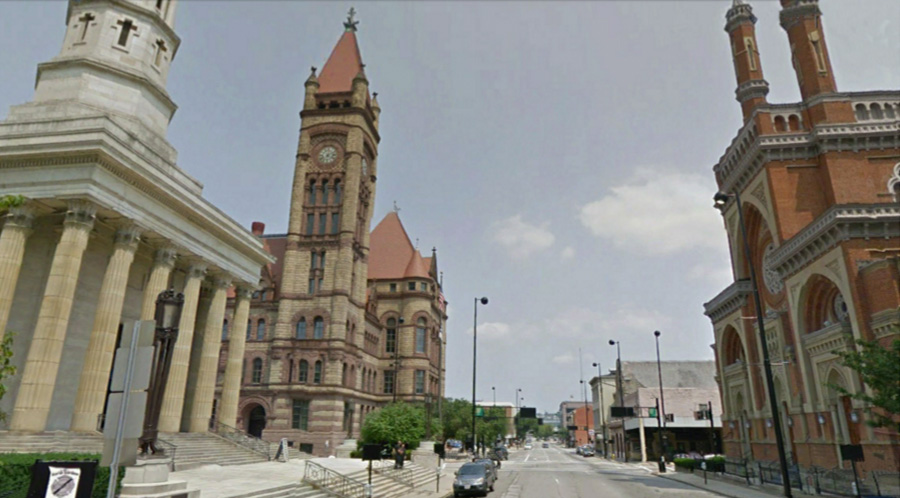 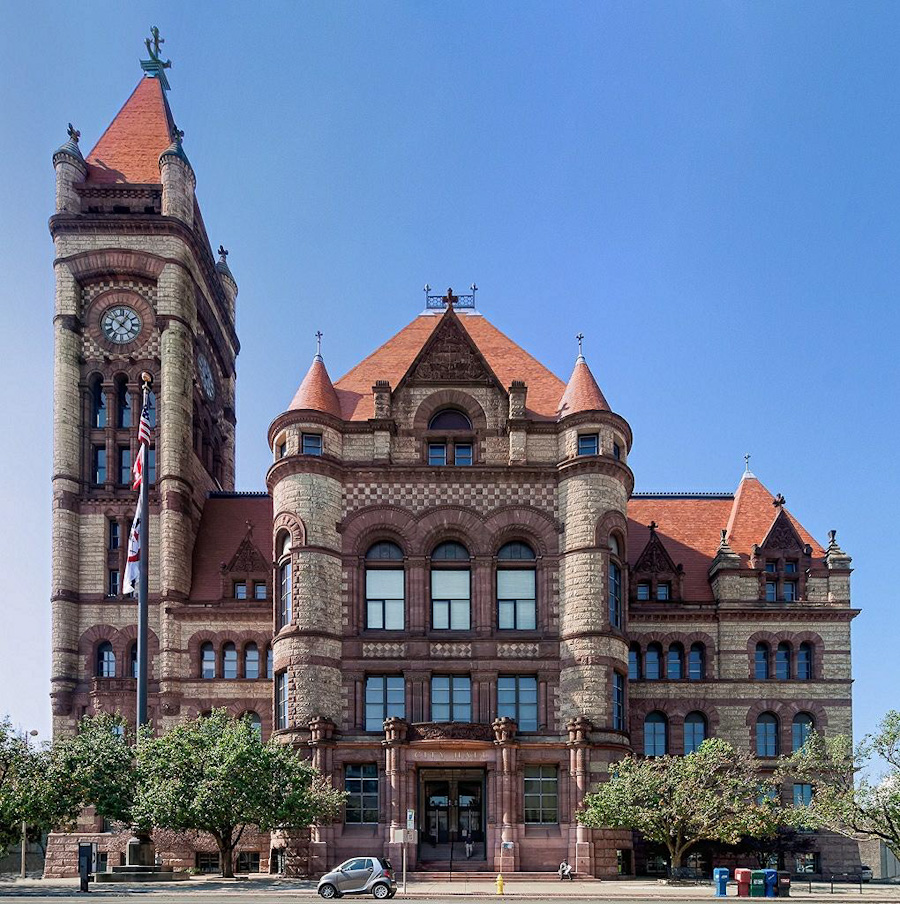 With the exception of the clock tower on the south corner of the east front, the building’s east and west facades are mirror images with undifferentiated entries. 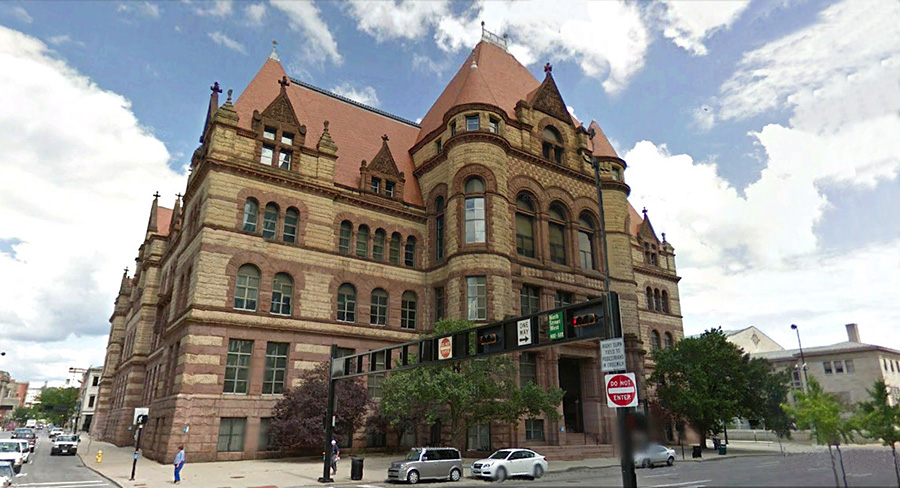 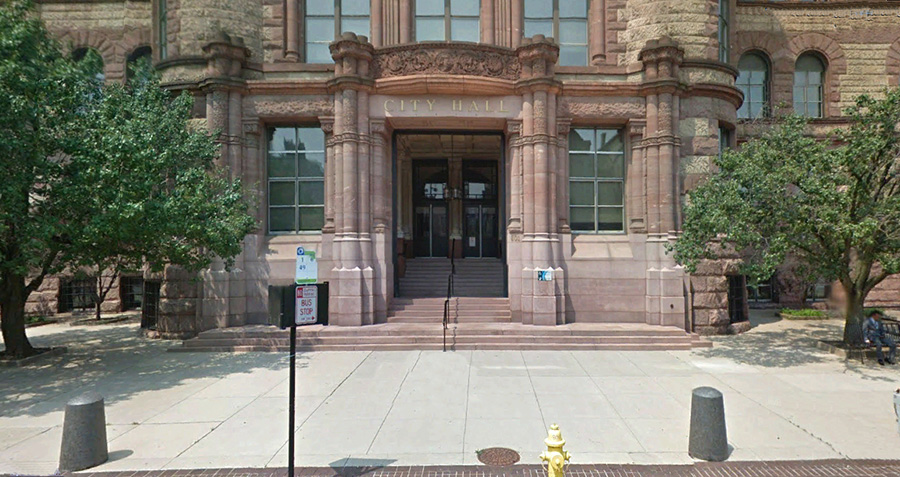 Only the broader or narrower width of the sidewalk offers a clue as to which may be the primary entry. 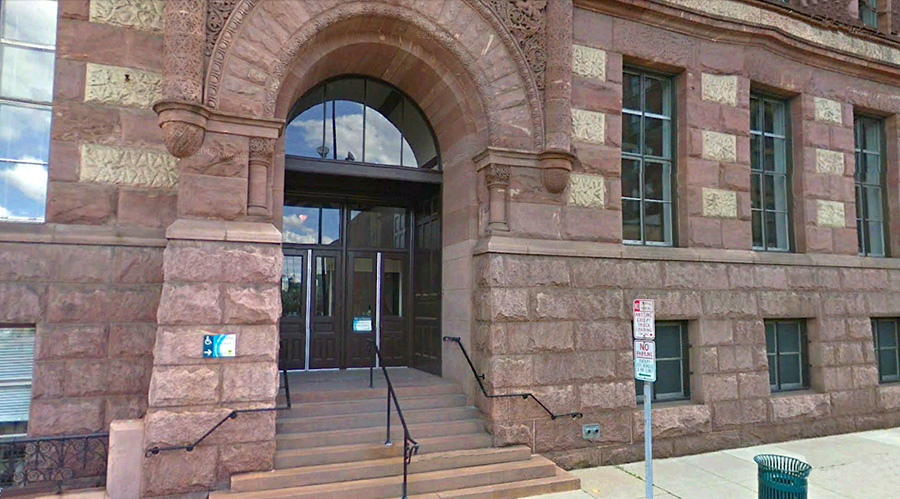 There are, in addition, four symmetrically placed and identical side entries,

two vehicle passages into the service court and a door to the ‘Police Court’. Other doors go unidentified. So the building has always been extraordinarily porous and must now be a nightmare to secure.It is one of the heavier-handed examples of Samuel Hannaford’s rather heavy-handed work. Its clock tower nods to Siena but it otherwise shares little of the Palazzo Pubblico’s DNA, extravagantly importing its different building stones from Ohio, Indiana, Missouri, and Wisconsin, its marble from Tennessee and Italy and, and its granite columns from Vermont, all to bring rather fidgety decorative surfaces to a singularly intimidating building with an overscaled council chamber of unparalleled bleakness. 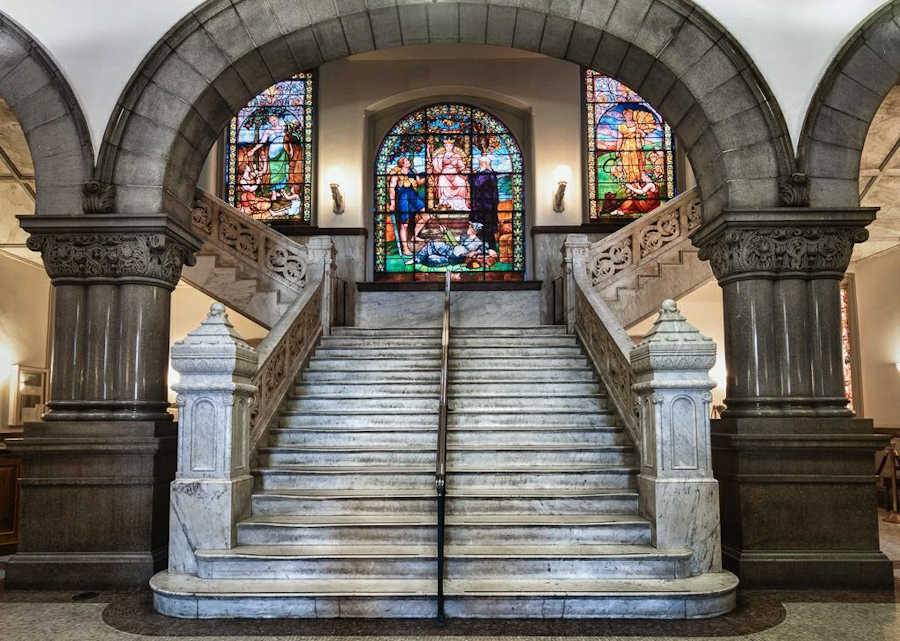 The stairs from the lobby. 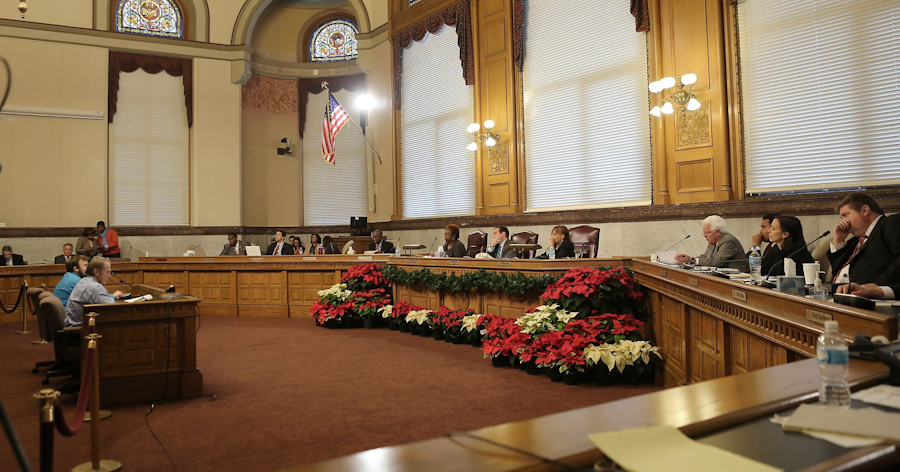 The Council Chamber, a little less windswept for Venetian blinds the size of ship’s sails and marginally more intimate for the twiddly little drapes and Christmas poinsettias. 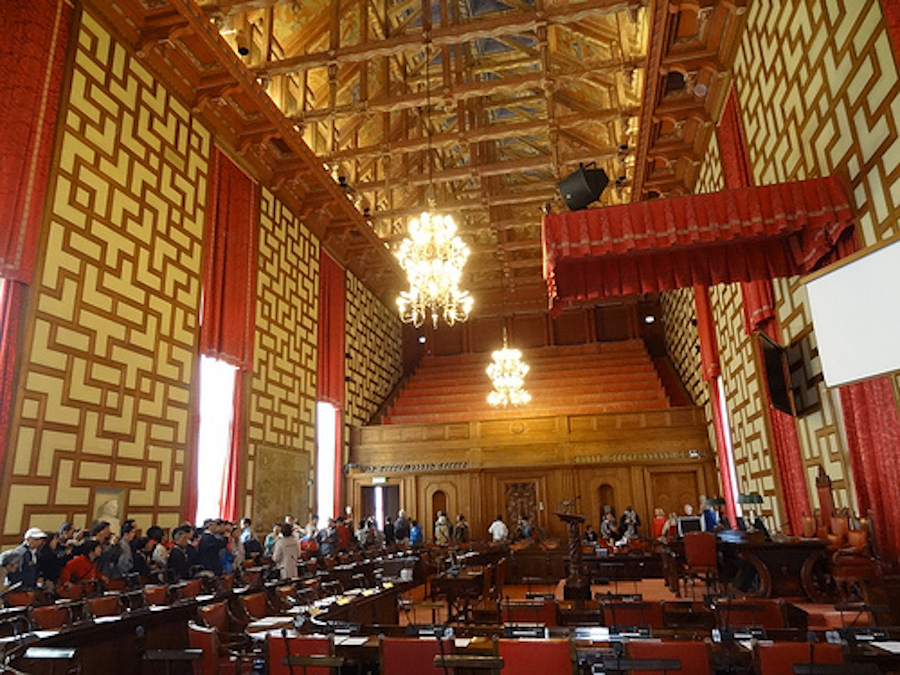 That room is so bleak that it prompts me to think of its opposite, such as the truly grand council chamber of Ragnar Östberg at Stockholm City Hall of 1923, a chamber in which there is not an iota of flabby square footage, in which the human relationships are intimate and yet the plan and section, the scale and structure, the weight-destroying wall decoration and, above all the light, conspire together to make something altogether magical, expansive and ennobling. 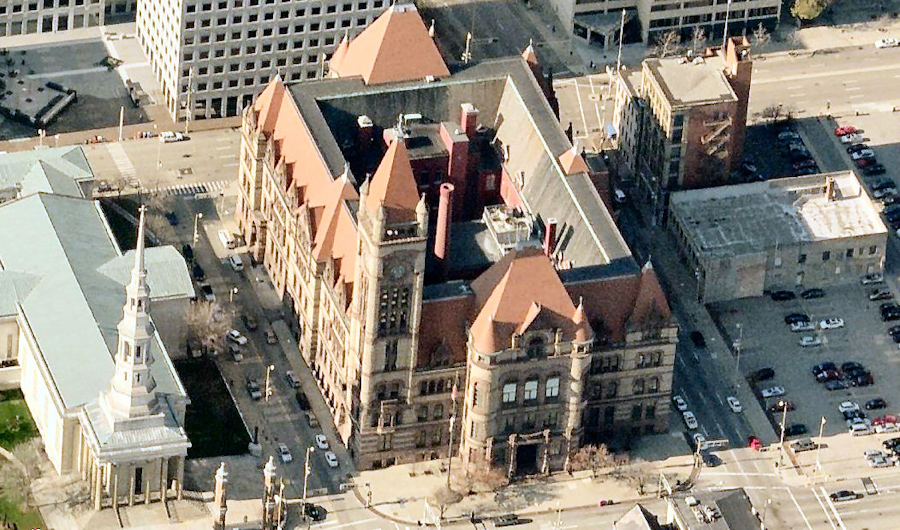 Be this as it may, just as at Louisville, the Cincinnati building is set down on the sidewalk, filling the city block, the only exterior space it finds need of being its service court and the less than adequate light well at its cheerless core.