This poor city has moved inexplicably from purpose-designed quarters to less than desirable premises, to unsatisfactory premises, to worse. In its latest move there isn’t even room for a municipal flagpole.

Covington, with a population of 40,000 and seen here across its Roebling Bridge from Cincinnati, has had only a vagabond City Hall for almost fifty years, occupying former department stores and a bingo hall since, for reasons that are not clear to me, its late nineteenth century building was demolished in 1970. Ensnared like everything else in urban America’s Neanderthal utility wires and clumsily overdone and lugubrious it may have been, but no more so than many city halls of the time, built at the hands of H.H. Richardson wannabes who never understood that weight, color and texture in architecture are inescapably matters of composition, only secondarily a matter of piled up materials. So why demolish it to go a-wandering? 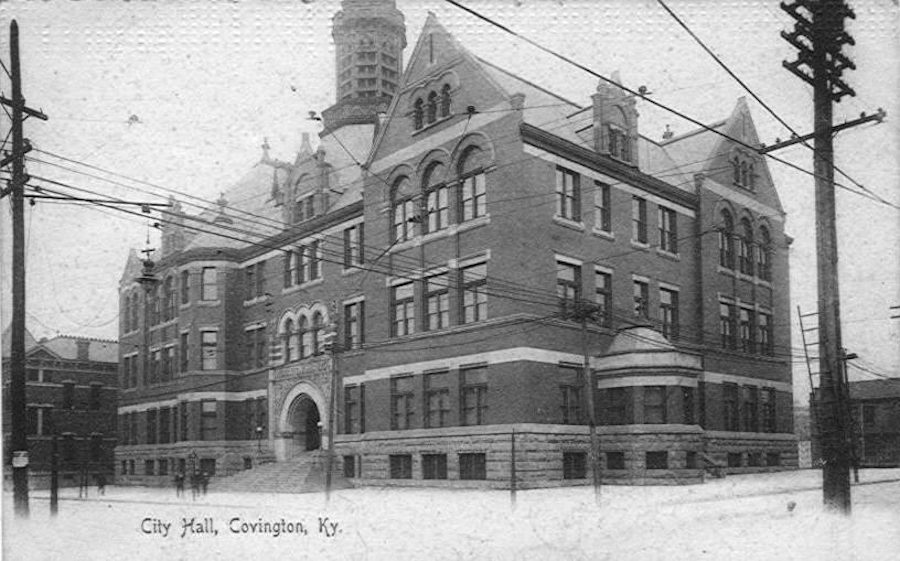 Some of its stained glass was sentimentally preserved for reincorporation in some future municipal home.

The city’s home for twenty-three years was the former Coppins Department Store on Madison Avenue, but that building was far larger than was needed and was given up in 2013 for redevelopment as a boutique hotel, the Hotel Covington. Subsequently the city leased the former J.C. Penny location at 20 West Pike Street for $250,000 a year while awaiting the renovation of a much smaller building which appears to be identical to the former bingo hall that it had rented once before, presumably during the ‘70s. Which is all rather curiously circuitous. If 20 West Pike Street met the needs back then why was it abandoned for an additional quarter of a century of municipal vagrancy? 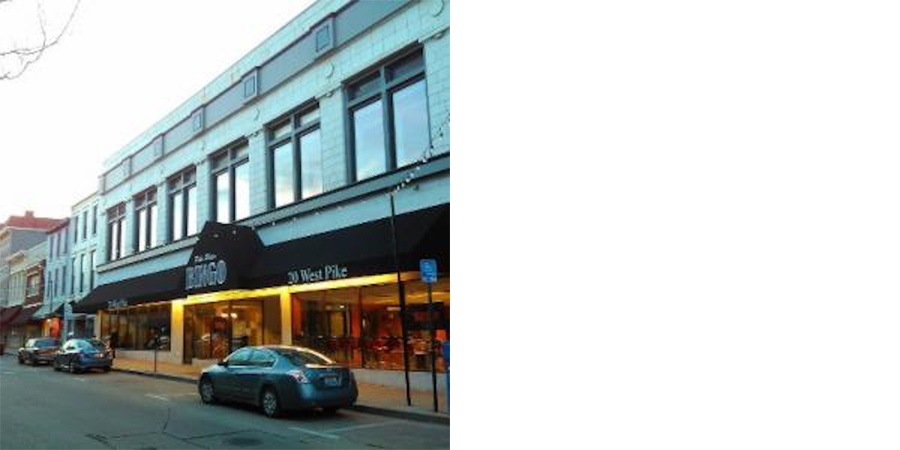 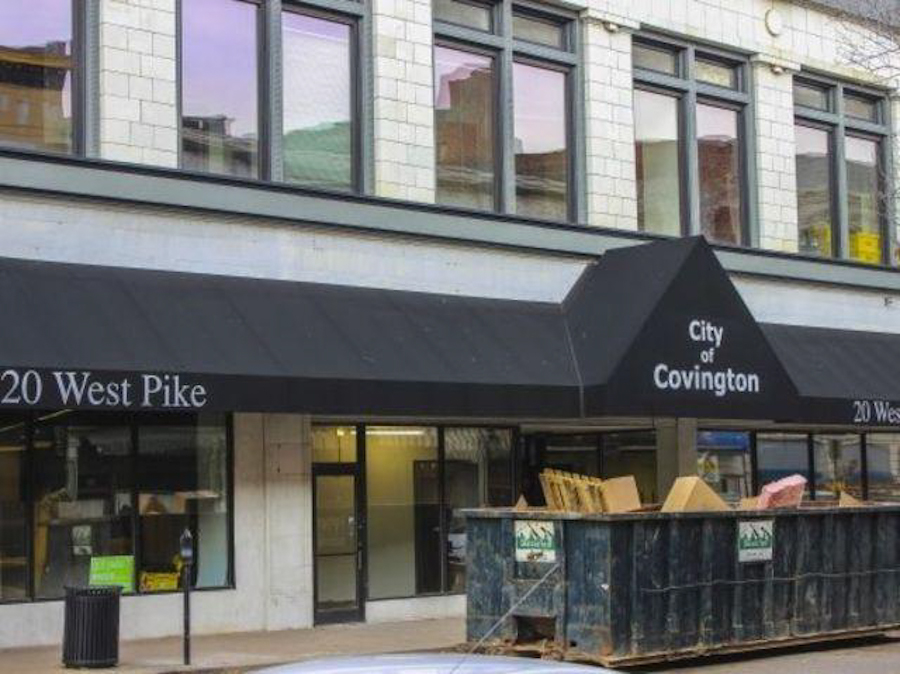 The project was carried out for the city by NorthPointe (that’s right: NorthPointe!) Developers of Cincinnati, who must surely have done more than merely change the front panel on the canvas marquee, enough to fill a dumpster at least. But they made no room for flag poles on this sidewalk.