The only city hall of substance and distinction in Kentucky, diminished in terms of present day expectations by its lack a civic square. 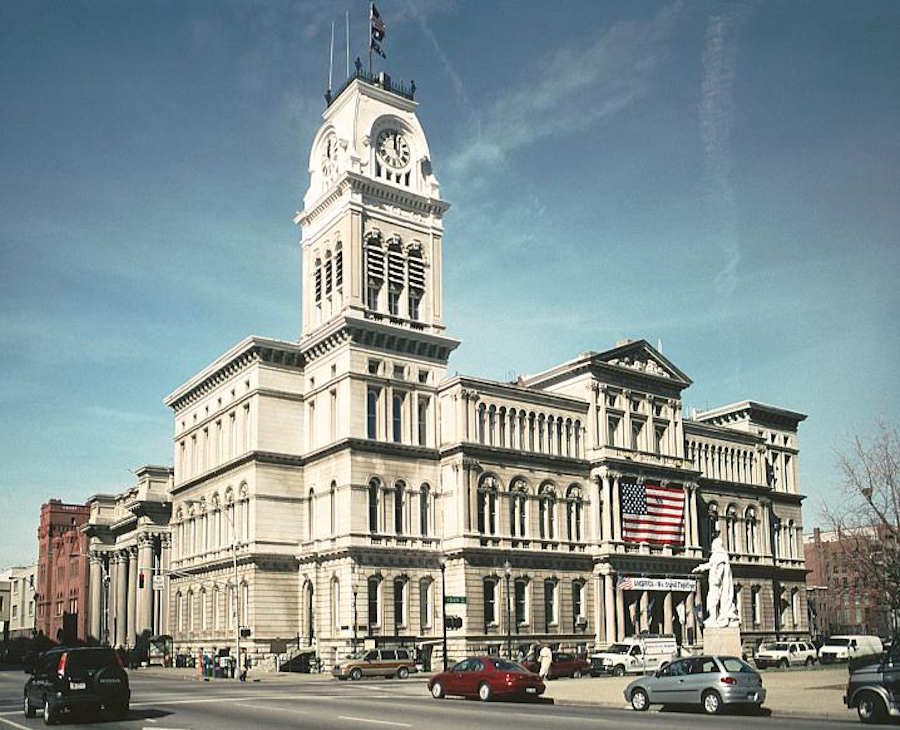 The City Hall, designed when the population was about 130,000 by John Andrewartha and completed in 1873 has been on the National Register of Historic Places since 1976. 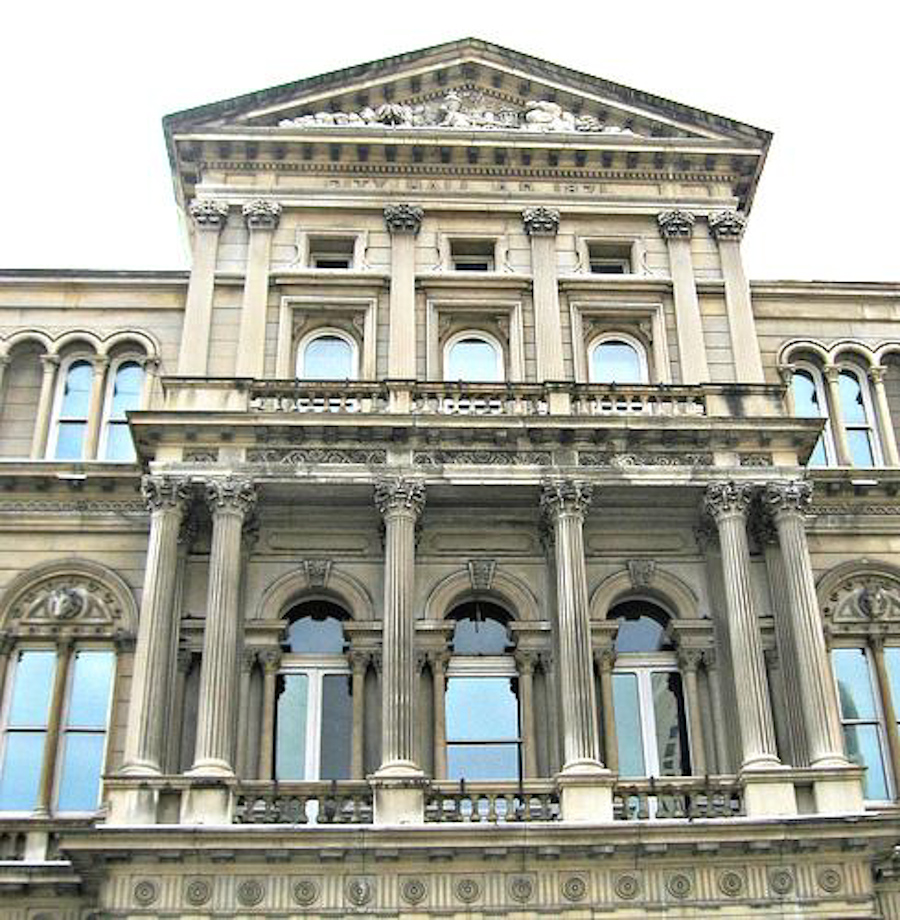 Its handsome, carefully proportioned Beaux Arts facade displays ornaments that are now touching for their assertion of the city’s robust pioneering spirit, laying claim to its place in a nation now being tamed, blasted through and made habitable from the fir forests of the east to the palm groves of the west, and for their affirmation of Louisville’s agrarian roots. 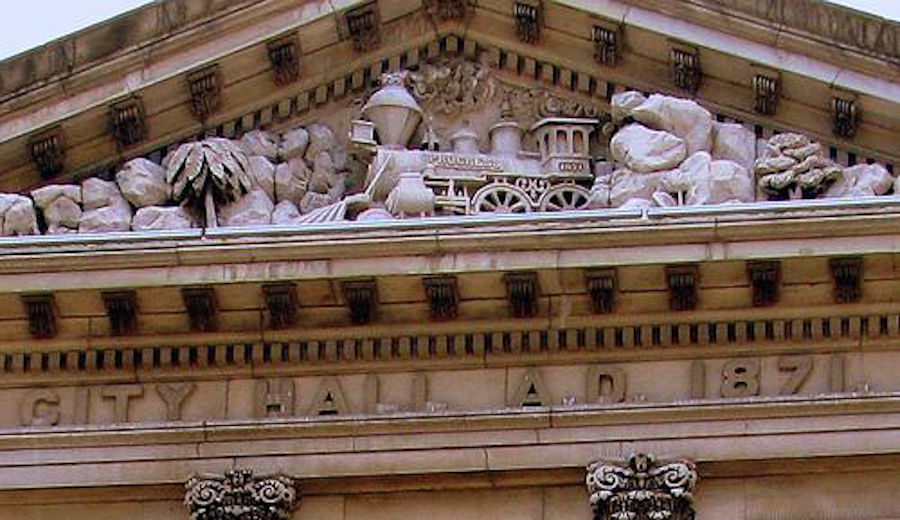 So this tympanum may be a far cry from the heroic Parthenon in Athens but one can almost hear the dynamite blast and the locomotive whistle toot. 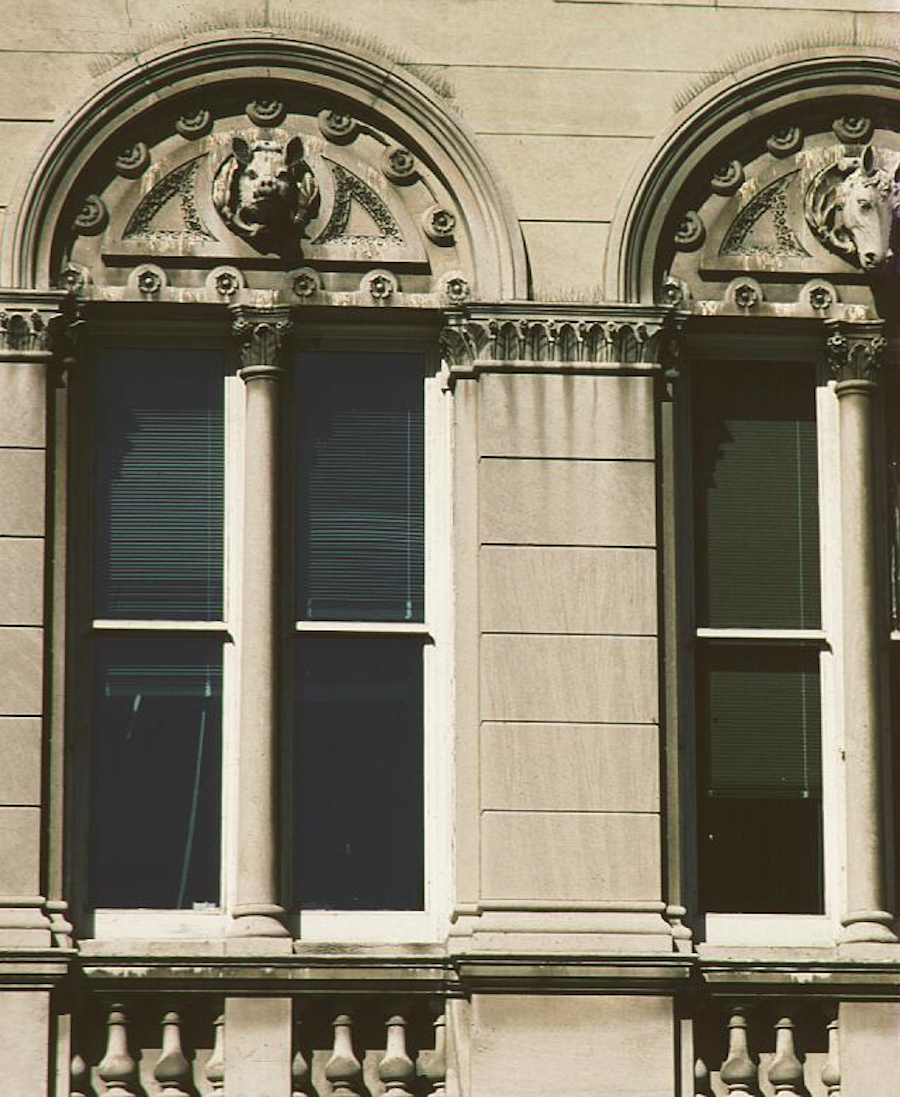 And these farm animal window ornaments have a medieval panache. 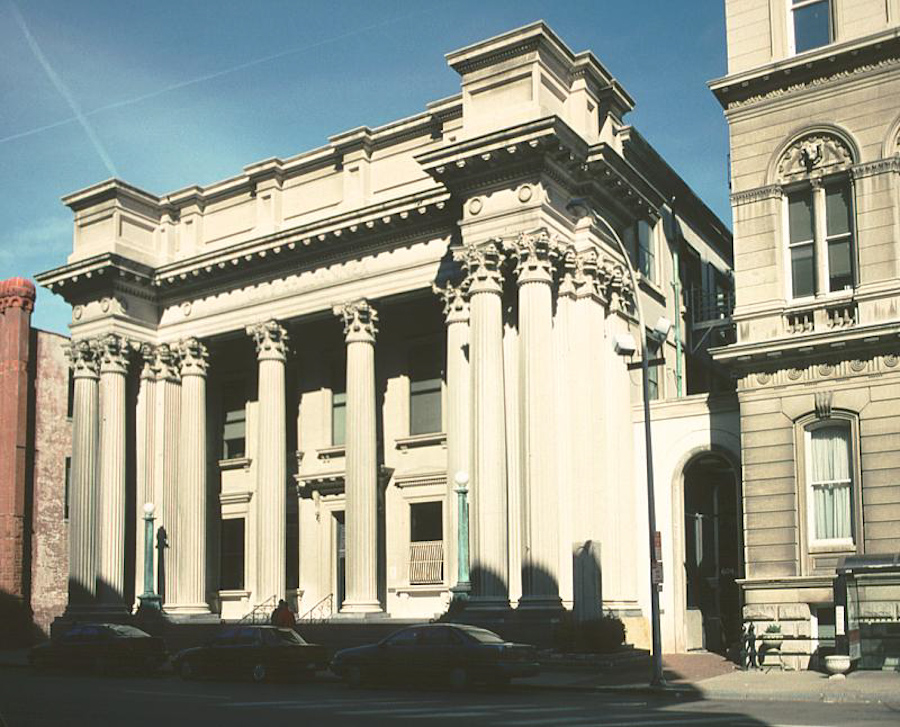 There is also a very fine and exceptionally grand City Hall Annex immediately behind the Andrewartha building. It was completed in 1909 by Cornelius Curtin, who capped the giant Corinthian order of his Jefferson Street front with a well mannered cornice set at precisely the same height as the second story cornice of the parent building. 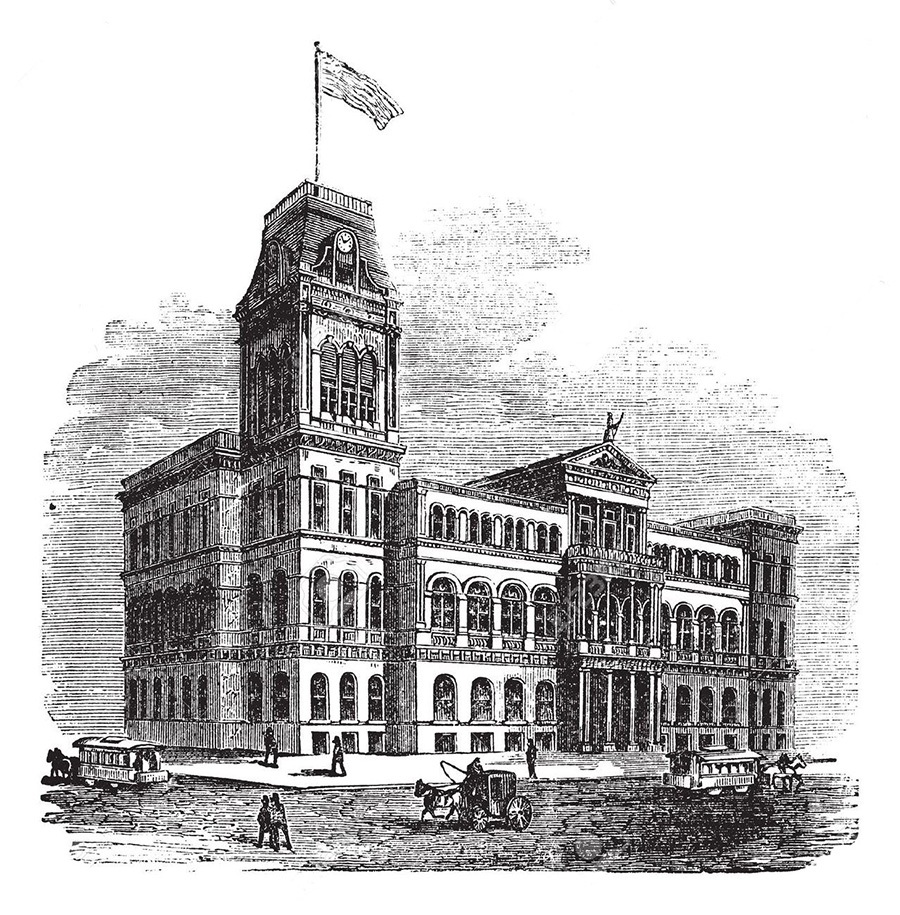 But like most city halls of the period, both the city’s original structure and its annex are conceived as sidewalk buildings with no need or ambition for an exterior presence beyond the depth of their own facades. 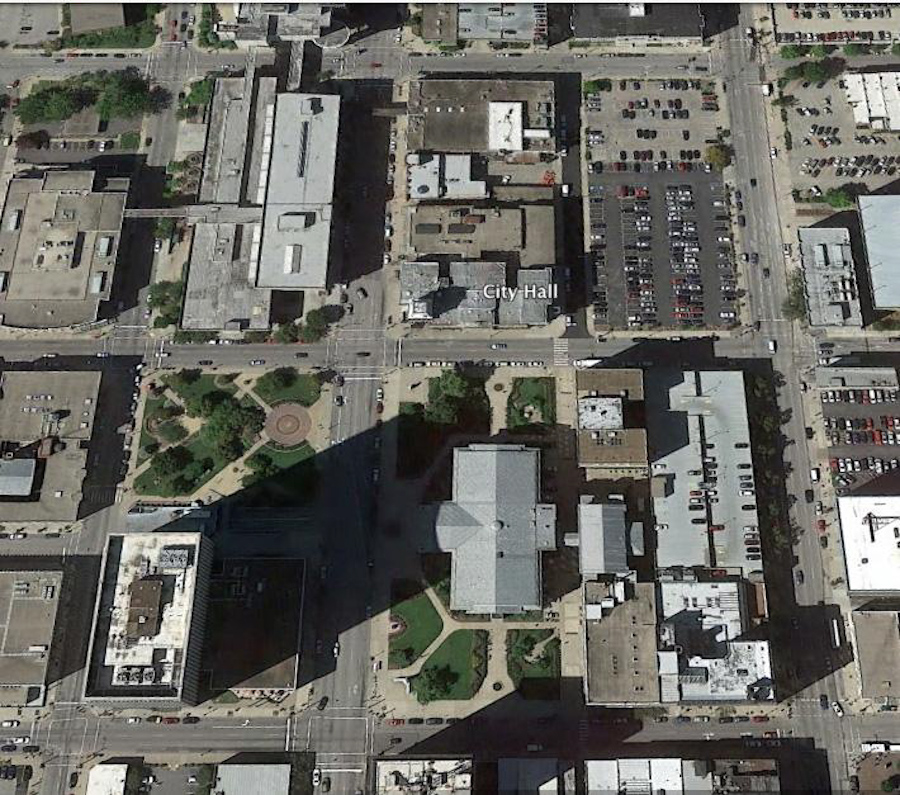 The little patches of ornamental grass across the street have never been seen as attributes, vicariously contributing to its functions or services, and they now offer rather less utility than the blacktop that paves the adjoining parking lot.