A design competition rendered useless by an inadequate jury, suckered by one of those out of scale, lumpen high tech objects that are currently all the rage.

This is the unhappy tale of a city taking the trouble of holding a competition for the design of its new city hall and getting a fat little Bilbao for its pains.

Bodø is a port city located just north of the Arctic Circle with cool windy summers and relatively mild, wet and very windy winters. With a population of 50,000 it is just one sixth the size of Anchorage. 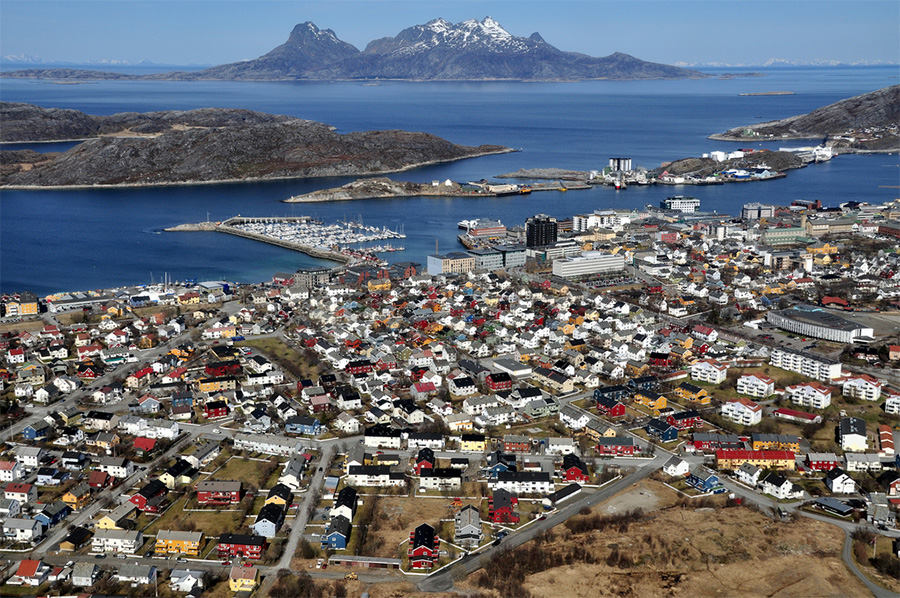 The municipality recently held an open international competition for the design of a substantial expansion to its existing city hall, receiving more than 100 entries from architects in fifteen different countries. The jury met for six days. Set out below are four of the schemes, the last of which was the winning entry whose architects received the commission. Since I don’t read Norwegian I don’t know what lead to the final selection. 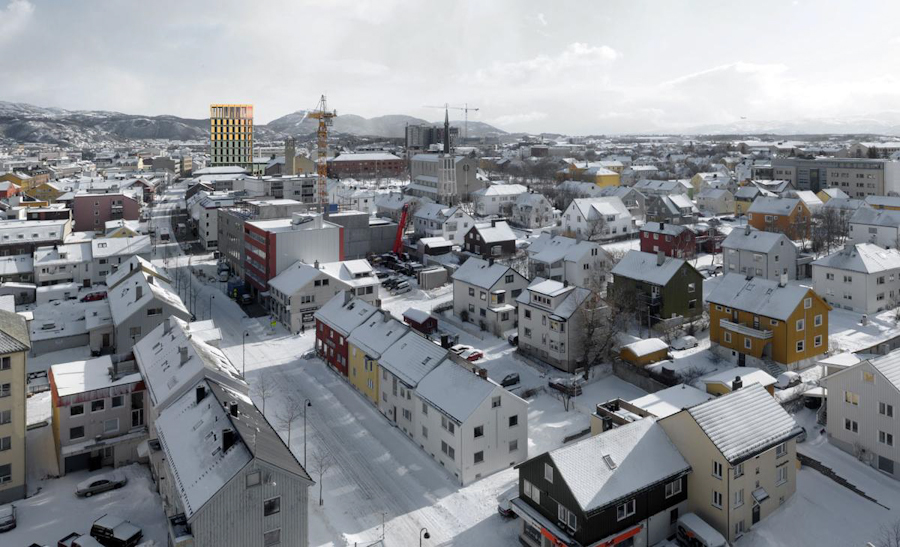 This ten storey building can boast a smaller footprint than the other schemes and was clearly intended to be the tallest structure in Bodø, but in form and color it seems deliberately unsympathetic to either the city or the city hall, dwarfing its existing clock tower and almost certainly becoming an unwelcome accelerant to the winter winds encountered around its base. 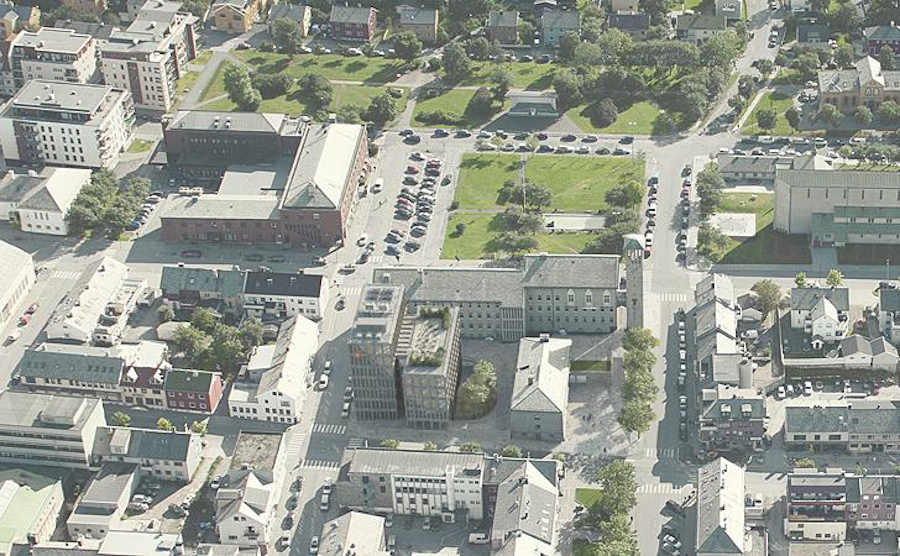 This is a much better mannered scheme which has taken pains to reduce its apparent mass and fit almost unnoticed into the urban context. I would need to be convinced about the roof gardens. 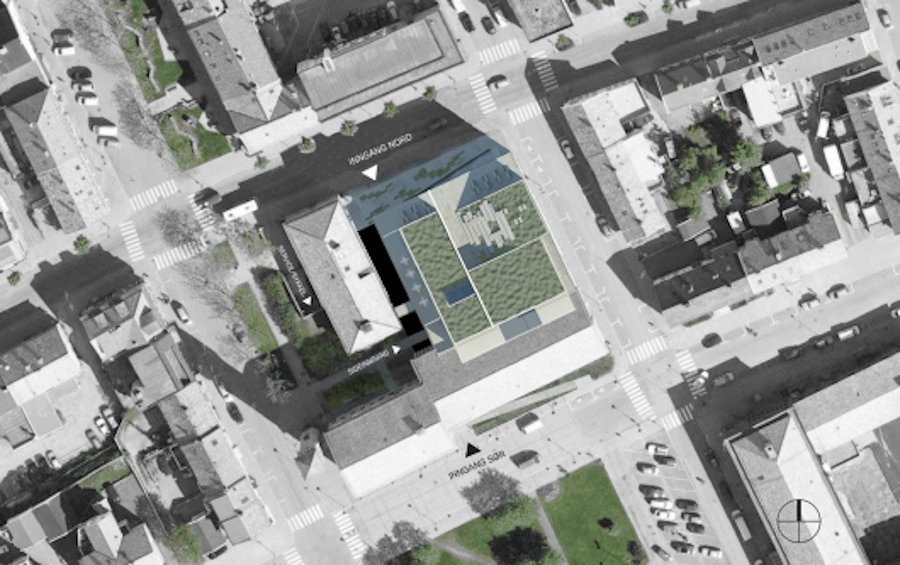 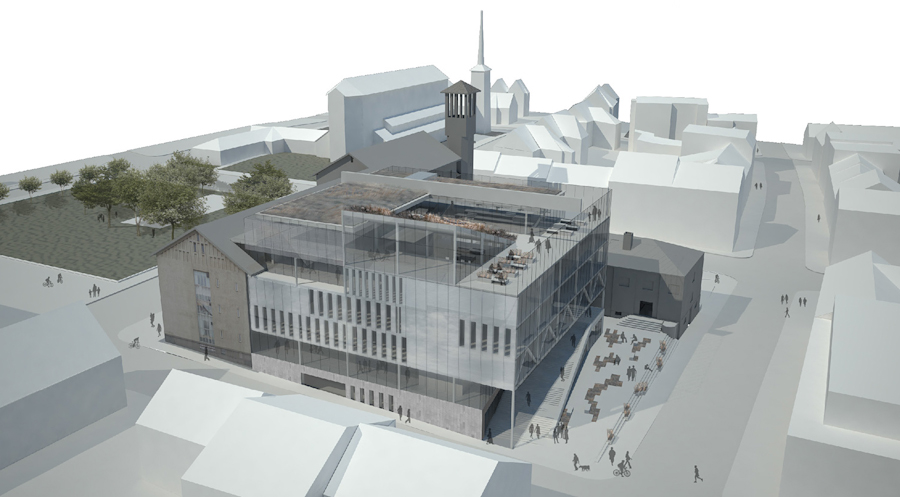 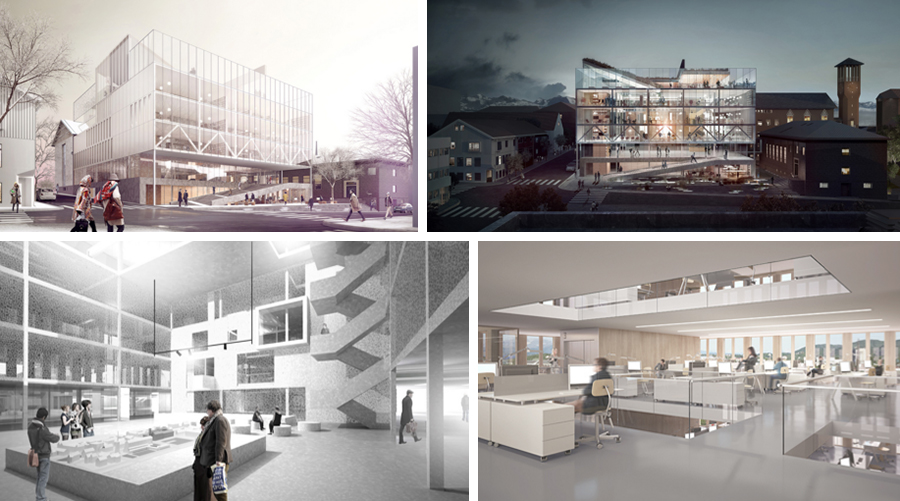 The lightness, spaciousness and cheerful luminosity of this scheme, together with its glass screened roof spaces protected from the wind would make it a very attractive proposal were it not for its intolerably clumsy collision with the existing building, for which there was no self evident need and can scarcely be any excuse. 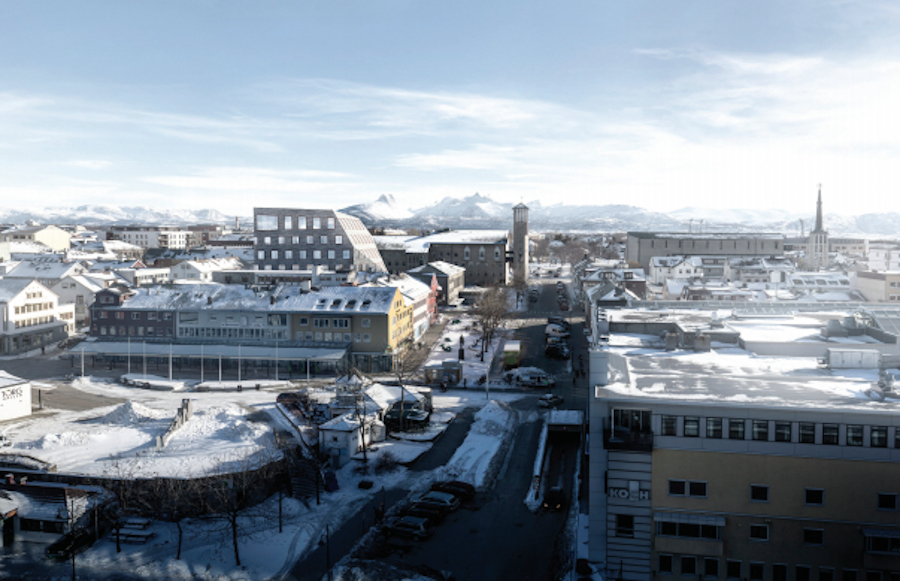 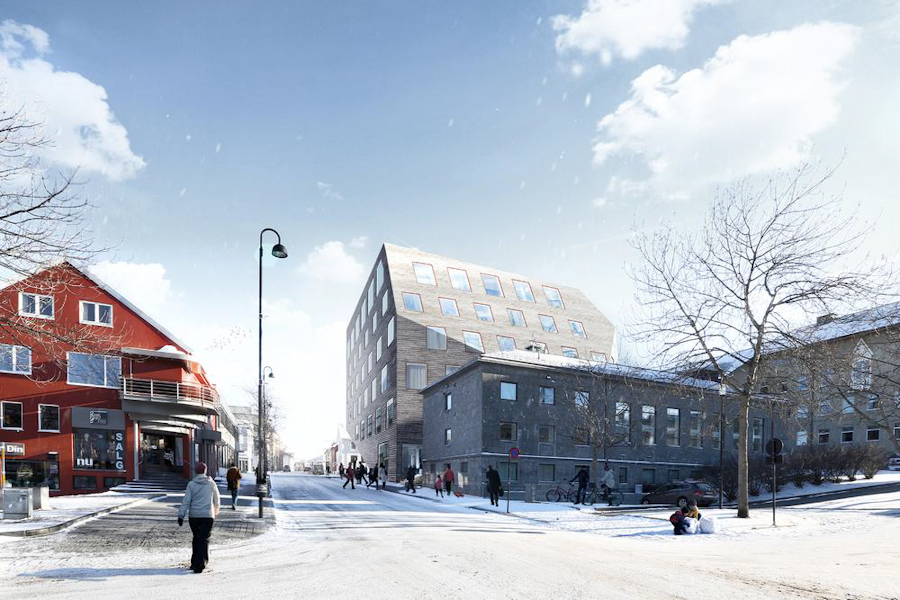 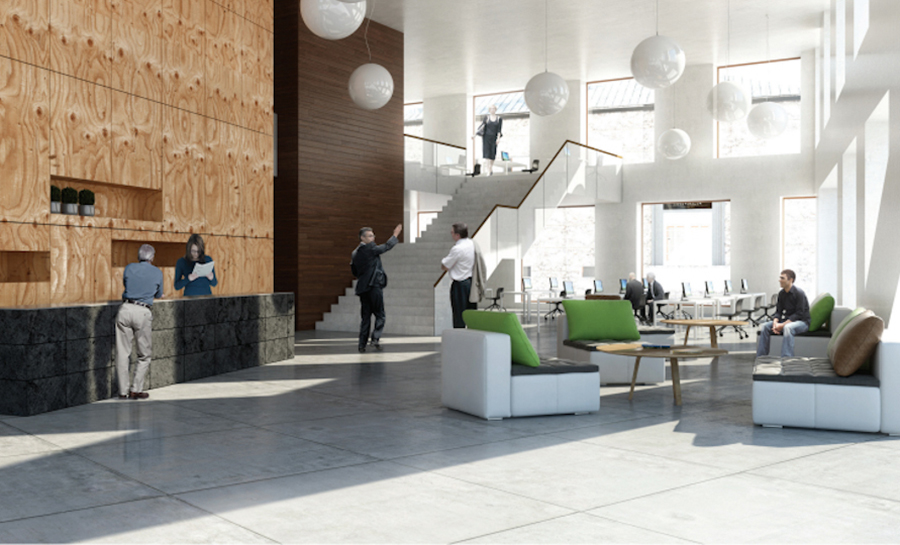 I cannot imagine what merits the Jury saw in this shapeless, scaleless lump. It seems like a great deal of human effort to arrive at so alien an exterior and so altogether conventional an interior, which serves to underscore the fact that design competitions are as good as their juries, no more, no less.