A substantial addition to a nineteenth century city hall that is technically adroit and stylistically au-courant, but formally and intellectually lumpen.

This project could be described as technically adroit and stylistically au-courant, but formally and intellectually lumpen. 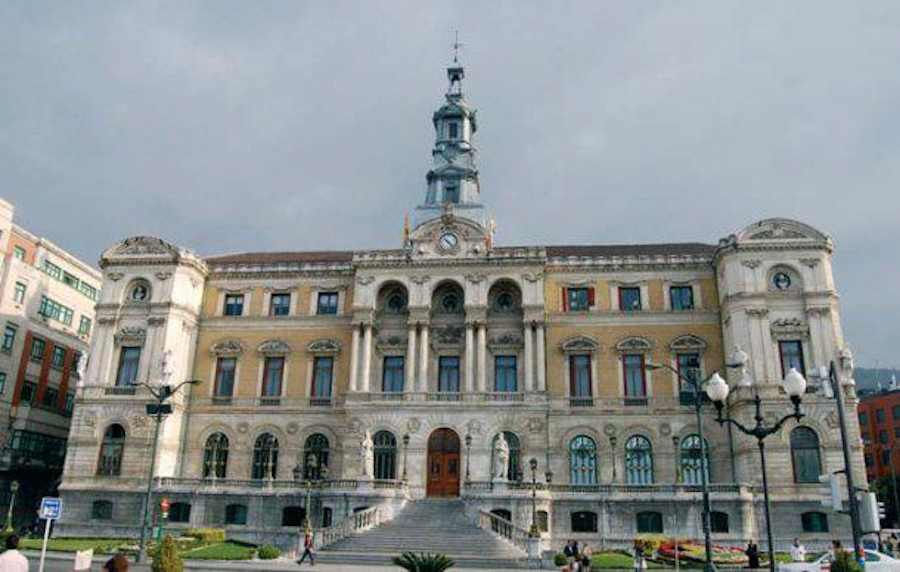 Bilbao’s City Hall is this neo-baroque palace built facing the tidal river in the San Agustín district of the city in 1892 by the architect Joaquin Rucoba.

Its elaborate, sometimes Moorish interiors are still home to the mayor and city council, but in 2013 Todaro Architects completed a new technical services complex for a city now grown to a population of 350,000, at least doubling its municipal office space on an infill site directly behind the original building. This is the linked pair of white-roofed buildings standing between the two traffic circles at the base of the hill in the aerial view below. 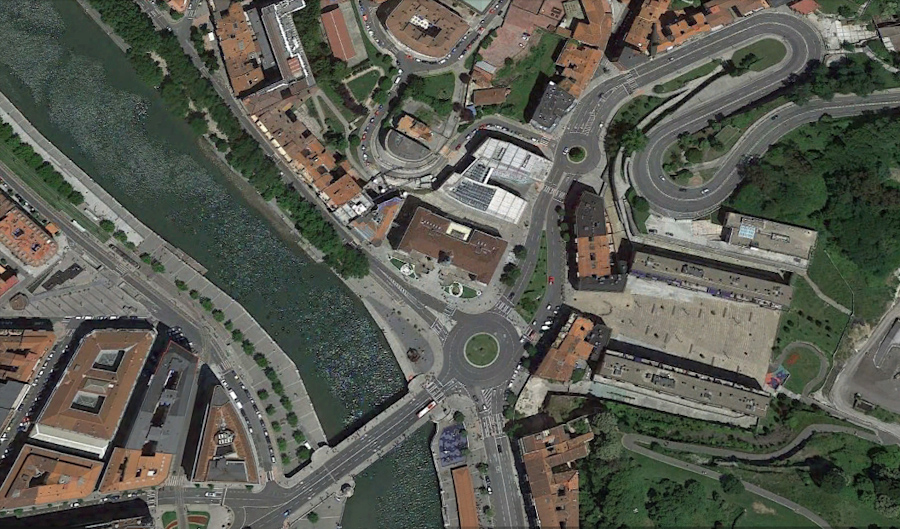 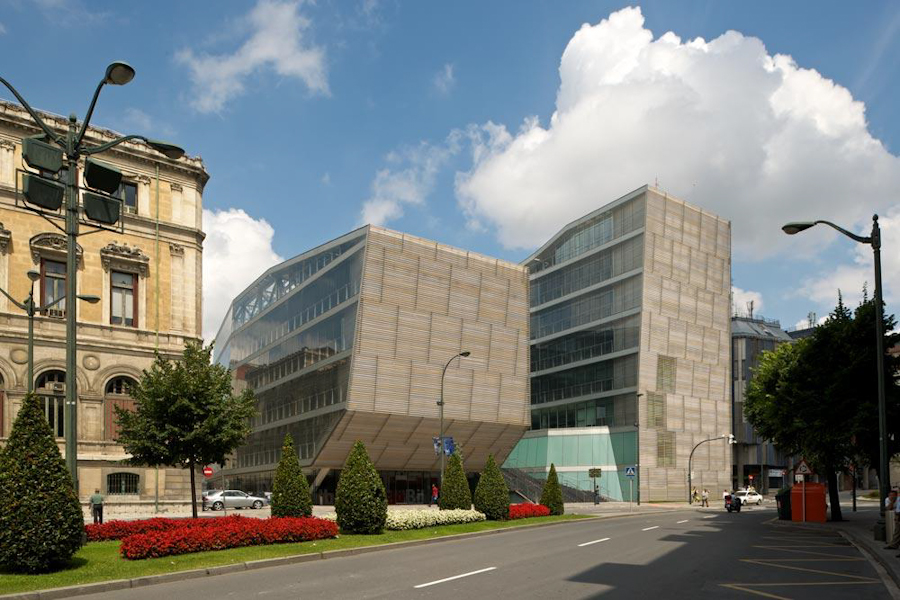 City Hall and its extension. 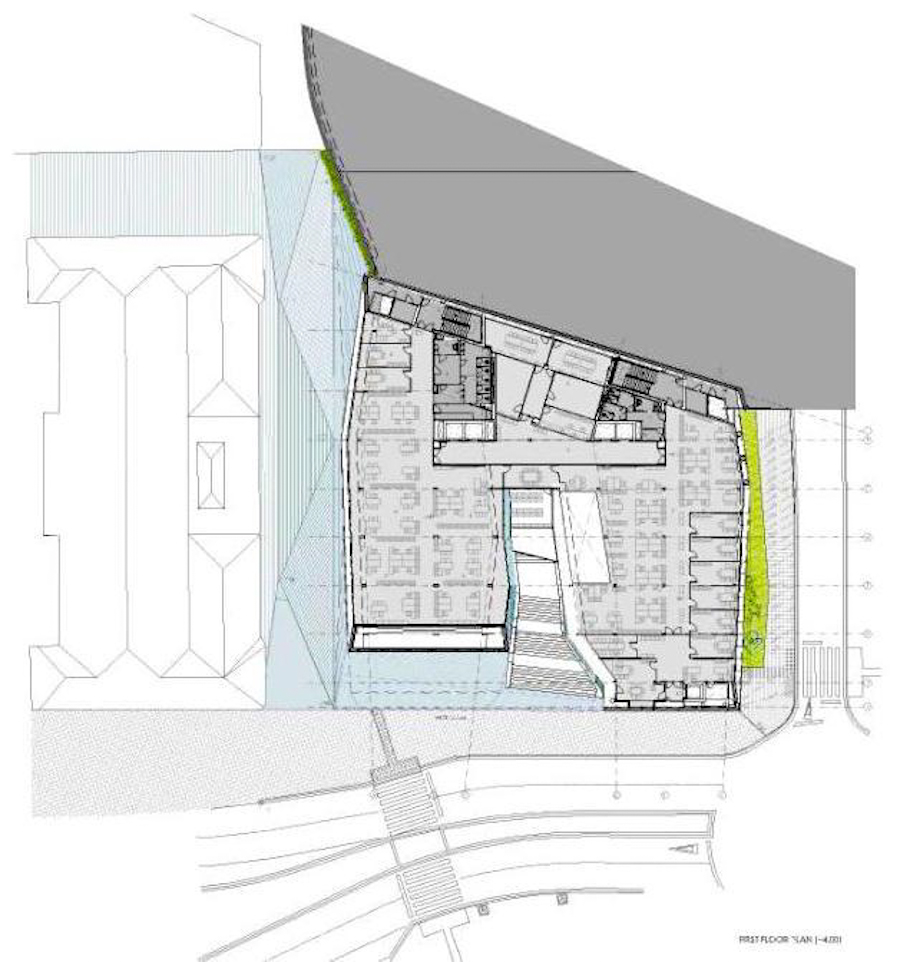 The trapezoidal boundaries of the site are bound to cause some irregularity in the plan and its steep gradient can only complicate the spatial problem but no matter how bizarre the site outline, no architect of an eighteenth century French Hotel could ever have been provoked into such a gratuitously wriggly kind of plan and section as Todaro Architects have built here.

Mercifully, these things, whatever they may be, seem not to have grown a tail. 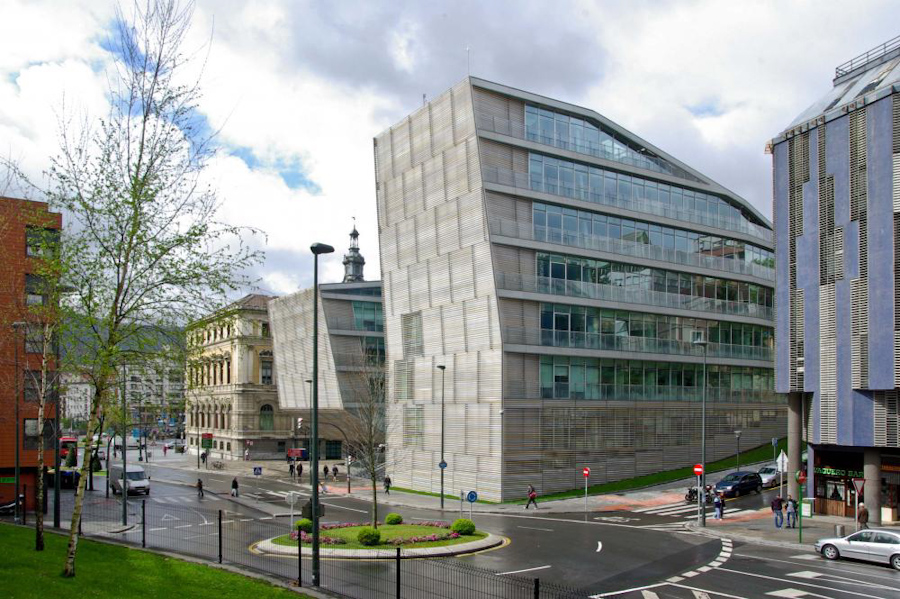 The new offices from the other end with the nineteenth century City Hall beyond.

One can see the architects working to pack the program onto the site while maintaining the city scale, and the excessively techno-heavy detailing appears to be done with care, but these irrationally lumpen forms are no more convincing in their present computer-aided proliferation than they were when the Smithsons introduced them for the Sydney Opera House competition back in the mid 1950s.