A logical response to a site of still undetermined and changing shape, and the winning entry in a design competition with an entirely positive outcome.

Here is a competition with an entirely positive outcome. 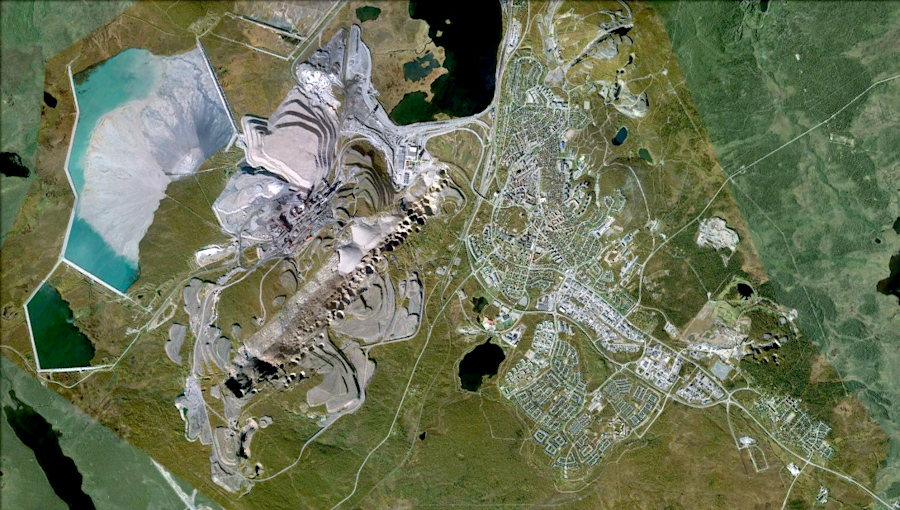 Kiruna, with a population 23,000, occupies the valley between the two mountains of Kirunavaara and Luossavaara, in Lapland, and is the northernmost town in Sweden. The sole reason for its existence in such an inhospitable place is its massive reserves of high grade iron ore. It was established by the LKAB mining company in 1890 and its underground workings are the largest in the world, producing 76,000 tonnes of ore per day.

The expansion of these workings has been permitted to invade the ground beneath the town, parts of which, including its center, are now so severely threatened by subsidence that they must be moved to a new location three kilometers away. The 1953 city hall is one of the structures affected, and only its clock tower can be saved for inclusion in a new scheme. 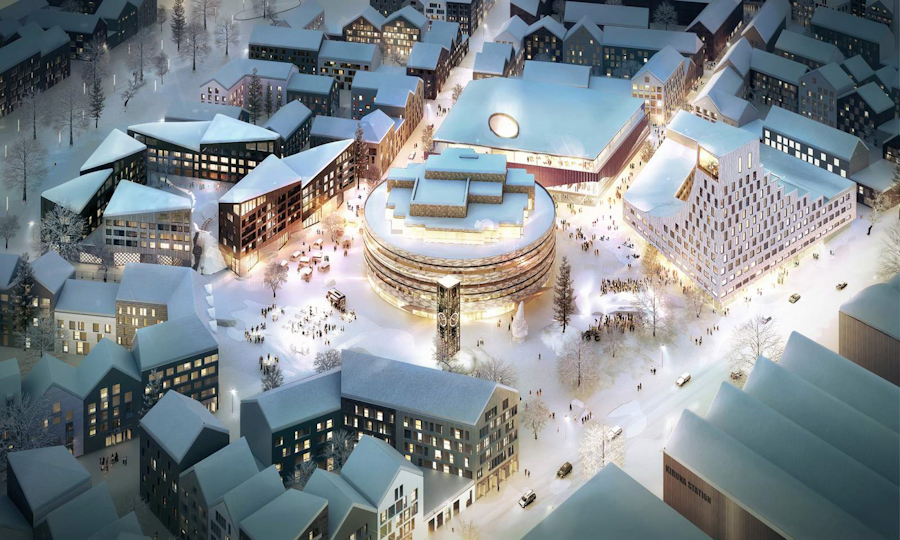 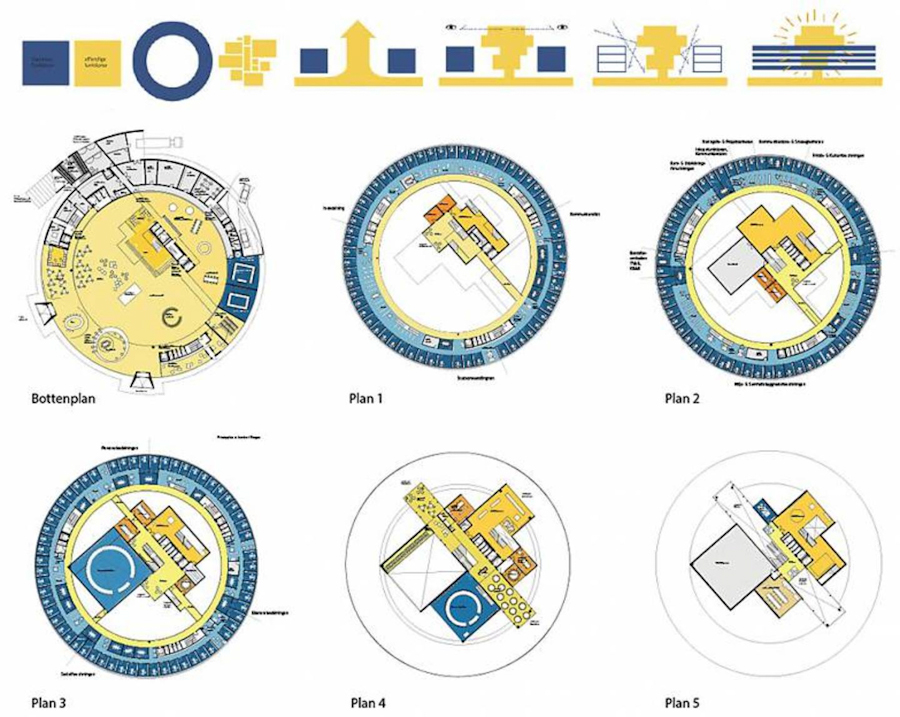 The late Henning Larsen, the architect for the project, was identified by means of a two stage process of credentials submission and a limited invitational competition. Given the irregular and still variable shape of the new site, he proposed simply to suspend a three level drum of municipal offices above and around the indoor public functions of the building, moving in from the square and rising up through them, as seen in the schematic diagrams above. 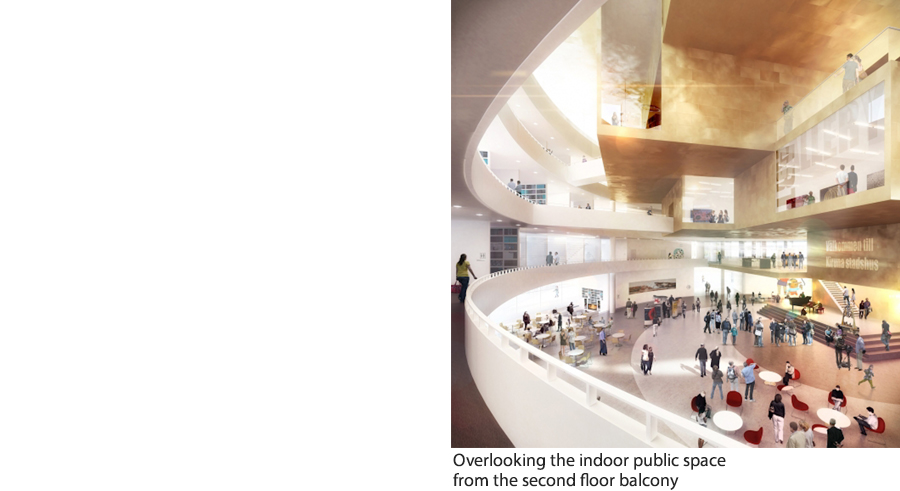 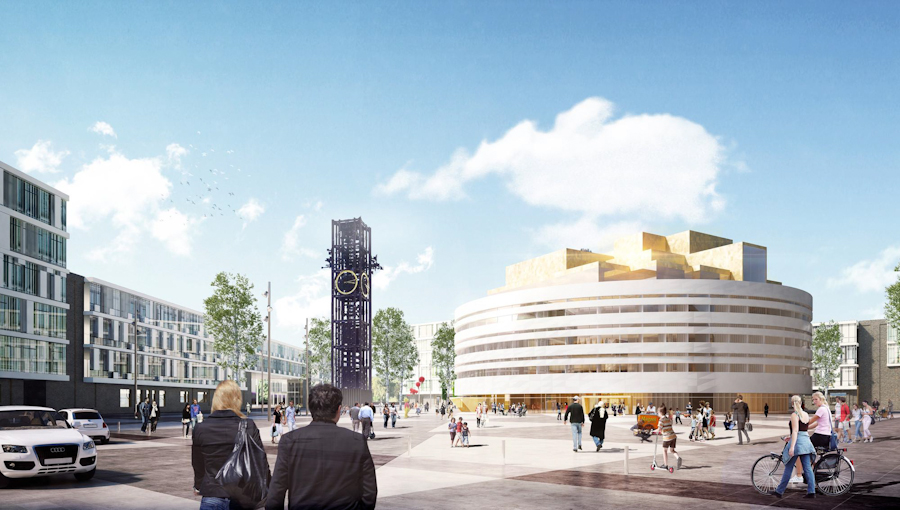 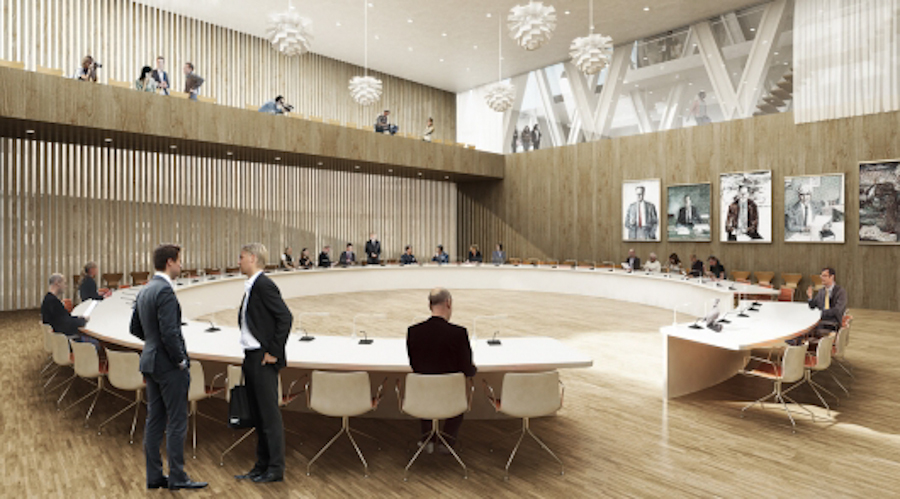